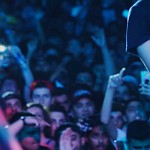 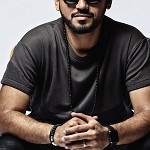 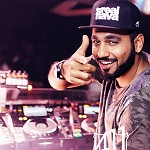 DJ Bliss has established himself as one of the UAE’s regions leading personalities and entertainers who has expanded his career internationally.

DJ Bliss is the first Emirati artist to sign with major multi-national music companies including “BMG” in 2003 and most recently with the world’s largest global music company Universal Music.

Just a couple of years later he would find himself winning the Middle East Regional “Palm DJ of the year award.” This would then lead to his first taste of international stardom with a performance for “Ministry of Sound” in London.

DJ Bliss continued to grow his personal brand in the early 2000’s, becoming one of the most in demand local DJ and TV personalities after the success of his “That’s Entertainment” TV show.

By the late 2000’s DJ Bliss had started promoting his own parties, booking artists and DJ’s such as DJ Jazzy Jeff, Mos Def, DJ Drama, DJ Whoo Kid and many more.

The success of these nights caught the attention of the local music industry, and as a result it led to DJ Bliss having his very own hit weekly radio show.

DJ Bliss’s career would continue to climb significantly over the last couple of years with international tour dates in various major cities in Europe and Asia, as well as sharing the main stage as an opening act with major international artists such as Wiz Khalifa, Prince, etc.

By 2014 DJ Bliss signed to a leading U.S based DJ/Talent booking agency named Skam Artist who took his tour to the U.S in which he performed at some of the most prestigious and best nightclubs in the major U.S states.

Whilst touring, DJ Bliss focused on being recognised for his own music; collaborations with headline Grammy Award winning artists such as Shaggy and Wyclef Jean.

After signing to Universal MENA DJ Bliss released a hit single Shining featuring international rapper MIMS and Daffy and more recently released his compilation album Made In Dubai featuring various local artists from Dubai which skyrocketed straight to number one on the UAE iTunes charts.

Some of DJ Bliss’s ingredients to success include producing highly viewed YouTube Vlogs and staying connected to his ever-growing fan base via various social media accounts.

Dj Bliss is certainly not a one trick pony. He recently started his acting career, with the short ﬁlm, Faith In Love by Alwiya Al Thani (2014) as well as staring in two adverts with Chrysler Middle East and Connect App.

While continuously striving to reach new goals and achievements, DJ BLISS has also founded his own entertainment company in 2012. Bliss Inc Entertainment is much like a reflection of its founder, the company contains multiple aspects of entertainment.