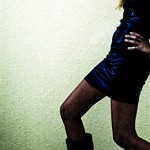 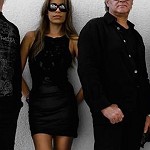 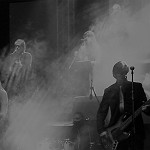 The band are extremely versatile; their repertoire﻿ can be altered to suit any event/party needs from smooth jazz to pop/rock and all the party favourites, whether it's a gala dinner, birthday party or wedding.

With a commitment to building an on going rapport with clientele and maintaining a strong repertoire, Carmen & The Black T's are sure to bring a professional performance and positive attitude to any stage the band sets foot upon.

Carmen Davis - Lead Vocals/Percussion
Carmen started her musical career in Australia and has been a professional full time musician for 18 years.

International contracts have taken her to throughout Asia and Middle East performing in Hard Rock Cafes, various five star hotels, and the corporate world.

With experience entertaining clientele from all over the world, Carmen is sure to impress with her smooth vocals. Her passion for entertaining shines through in every performance.

Rino Lista - Lead Guitar/Vocals
Rino has been playing professional music for over 30 years in various countries around the world.

Starting his career in his home country Canada, he began working, recording and touring with well-known Canadian artists before moving onto various countries in Europe.

Following his time in Europe, Rino then moved on to the Middle East where he has continued performing in various residency, corporate and contract bands across the region for the past 15 years.

Rino Lista is a true virtuoso with amazing licks and silky vocals.

Tim Wardman - Bass/Drums
Tim has been a musician for 25 years, playing Bass, Guitar and Drums.

Starting his career in Scarborough, England, Tim learnt his craft playing in the working men’s clubs in the north of England, after moving to the Middle East in 2000. He spent a few years touring the region before making Dubai his home.

Tim is an established player in the Dubai  music scene, playing all styles from rock/pop to easy listening, performing regularly for corporate events and for Dubai's annual events such as Rugby Sevens and Hop Fest.

Duncan Jones - Drums
Duncan started his career in the 70's, in Birmingham England playing soul, reggae and ska, where he has toured the UK and Europe extensively before moving to the Middle East in 1994.

Establishing himself as one of the most prolific drummers in the region, he has a vast amount of experience playing all styles of music and is the perfect choice for any event.