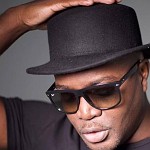 Corie Weaver was born in Antigua, West Indies. He started playing in the late 90’s and took on the alias DJ Crown Prince.

Through his personal and musical views he keeps the moniker, “The Soul Rebel,” as his reminder to stay true to himself as he pursues his vision of uniting the world through music.

Born into a family of musicians, music has always been a part of his life. He started his formal music education through participation in various chorus, choirs and bands in school. He’s always been a student of music and wants to remain one.

He started DJing by making mixes of his favourite songs to listen to from a simple dual tape deck and after encouragement from his close friends, family, and a few DJs he decided to actually make a career out of it.

Their belief in his abilities inspired him to take the leap and he never forgets it.

From DJs to Artists, Music Producers and even Bands, Corie’s music has been influenced by a variety of sources. In his words “Music and the culture of music is my source of inspiration”.

His main style is to blend different genres of music that are aimed to entertain as well as somewhat educate listeners and party goers with smooth delivery.

The main genres of music that he focuses on are Urban, Caribbean, Mainstream, Soul, Top 40, Moombahton (a fusion genre of House music and Reggaeton) and Electro.

Being a keen student he absorbs and figures out ways to play a variety of music and more importantly play as close to perfection as possible. With DJ Crown Prince it’s easy to say that Delivery is key!

DJ Crown Prince has one of most popular podcasts online from his region with an average of 1,800 downloads daily.

His mixes have been featured on BBC 1XTRA, Radio One UAE (The Edge with Dany Neville,) 102 JAMZ in Orlando where he was a guest mixshow DJ during the Caribbean show for over a year, and he currently has a syndicated radio show with DJ Barrie Hype that airs on stations in over 11 countries.

His humility is reflected in his wish to be remembered simply as an ambassador of music, culture, and love… The Soul Rebel.