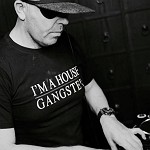 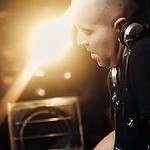 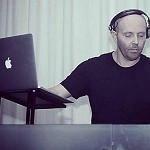 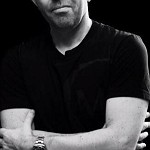 UK born Danny Whitlock first took to his chosen career in the 1990's amidst the hedonistic and glamorous days of the new formation of music known as House.

He quickly became recognised by promoters and revellers alike as a DJ that never disappoints regularly playing his unique blend of vocal house music to jubilant crowds.

His reputation quickly spread and with this momentum Danny established himself as a very well respected DJ on the scene whilst gaining praise from his peers.

Danny's big break came when the infamous and glamorous heavyweights of night clubbing industry Miss Moneypennys invited him to become an international resident and catapulted his career to see him ply his trade worldwide.

Being associated with this international super brand brought invitations from others including Ministry of Sound, Hed Kandi, Fierce Angels, Gatecrasher and Cream.

His career has seen him behind the decks in all four corners of the globe including Australia, Thailand, Hong Kong, Singapore, Russia, France, Spain, Germany, Italy, Greece, Portugal, USA, Brazil, and the sun kissed DJ Balearic isle, the island of Ibiza.

Playing alongside a string of A-list artists from the pioneers of the past to the present day superstars of Frankie Knuckles (RIP), Pete Tong, Erick Morillo, Roger Sanchez, David Morales, Jamie Jones, Steve Lawler, Solomun, Loco Dice, Maceo Plex, Luciano, Marco Carola and Dubfire to name just a few. In addition he has also graced the decks for international corporate events including Maserati and Ferrari, a close connection to MTV, a 12 year Ibiza residency for Fashion TV and catwalk shows for couture designers Victoria's Secret, Paul Smith and Dior.

In 2010, Danny embarked on a new chapter in his career in making a permanent move to the UAE.

Dubai being the go to city of the middle east who's nightclubs are becoming some of the best in the world and attracting superstar performers.

He has gained notoriety from the major promoters of his new home and can be seen providing his sound at Stereo Arcade weekly in the UAE's most hip city.

Whilst still maintaining his international commitments and regularly playing in countries across the globe spanning from Brazil to Singapore.

He has a passion for all types of music so can be equally comfortable playing anything from old school, funk, RnB, Soul and Hip Hop to an underground house set.

His dedication to his trade can be easily seen wherever he plays never giving less than his all and using his impeccable mixing ability to keep the rhythm flowing.

A true perfectionist in every sense of the word and always at the forefront of new music. His jack-of-all-trades nature mixed with his outgoing happy-go-lucky personality combines to make him a force to be reckoned with in any forum.

Danny has been described as being able to keep any dance floor alight and also as a party DJ for party people.

When he comes to town, miss him, miss out.