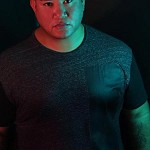 David De Luca is not your average DJ.

The LA native is known for headlining some of the biggest venues in Hollywood, Las Vegas, and Dubai.

David's presence can be felt instantly with his electrifying energy behind the turntables, his unique blends and furious quick mixes with an arsenal of music ranging of all genres.

Inspired by his love for music, David has had an impressive career thus far.

David was named the tour DJ for Interscope Record's as he headlined all the post concert events for Multi-Platinum Artist Eminem.

In 2013, David made his move to Las Vegas and teamed up as an official member of the Las Vegas based production team Clubkillers, which quickly made a name for themselves by remixing Calvin Harris number one anthem Summer which got over two million plays on soundcloud and massive music blog support.

Clubkillers have also worked with other artist such as Cash Cash, The Weekend, Charli XCX and many others.

What it all comes down to is David's love for music and deejaying.

"All that matters to me when I'm performing is the connection between the people and the music." - David De Luca.