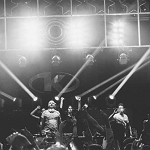 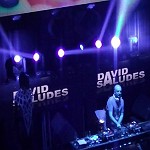 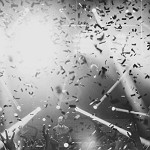 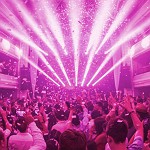 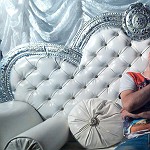 David Saludes was born in Valladolid, Spain on April 26th 1977.

Since childhood his passion for music was obvious.

At the age of 6, he began his studies in musical theory and composed his first songs at a very young age, surprising everyone around him.

From a tender age, he began to work as a radio presenter for the most prestigious radio stations of the country such as Los 40 Principales, Europa FM and Onda Cero.

During this time as a radio presenter and with only 14 years of age, DJ David Saludes was born.

He began to DJ in various clubs around Valladolid. Then, at the age of 16 he breaks onto the scene of one of the most prestigious and important clubs in Valladolid “CAMPUS”, where he regularly DJ’d there for the following 6 years.

During those years he made a name for himself in the business whilst further giving him the opportunity to DJ in other similar places such as Charlot, La Perindola, Balú, El Templo, La Rosaleda, Aries and La Maraca, among others, all extremely popular and prestigious.

During his up and coming career, he decided to move to the capital of Spain and to progress with the creation of his own record label, TEAM RECORDS, from where he is the director and founder and from which he has produced more than 300 records to date.

In Madrid, he has been resident DJ at the best clubs and discos as Tartufo, Teatro Kapital, Moma, Vanila, Joy Eslava, Nells and Pacha among the most important.

Also he is contracted by numerous celebrities around the world for private celebrations.

As a singer he has produced 10 records to date, the first being at the age of 18, Que se pare el tiempo an outstanding hit in Castilla-León. Following that he produced Corazón Solitario, Dame, Doble personalidad, My way, Don´t close my eyes, Remixes Don’t close my eyes, It’s my life, True or false and My gooddes.

As a DJ he has DJ'd at the most prestiguous clubs around the world, among them more than 200 of creme-de-la-creme in Europe, sharing his booth with artists such as: Martin Solveig, Swedish House Mafia, Mauro Picotto, Chuckie, Josh Wink, Avicii, David Guetta, among others.