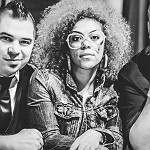 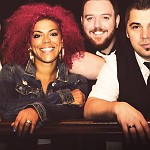 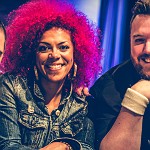 EvolveR is an energetic, high-calibre show band made up of dynamic and versatile vocalists and musicians who bring your favourite songs to life with each performance, night after night.

EvolveR brings together the diverse backgrounds and the wealth of extensive performing experience of Janelle Thomas on vocals, Félix Fréchette on guitar and vocals, Mikey Reed on bass and vocals, Andy Lynn on keyboards and vocals, and Joe Bashorun on drums and vocals.

Dedicated to bringing the highest level of musicianship, fun and dynamism to the stage, EvolveR creates a live music experience that is as engaging as it is entertaining.

With a widely varied repertoire, there’s something for everyone, as EvolveR moves seamlessly through the latest party hits, rock, blues, disco, funk and RnB classics, power ballads, and acoustic interpretations of music of all styles.

Without overdubbing or artifice, audience members will be treated to great playing and singing on a nightly basis.

Come and be reminded why you love live performance ...in the hands of EvolveR your favourite songs come alive!