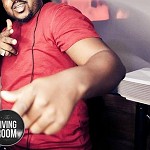 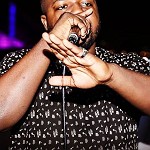 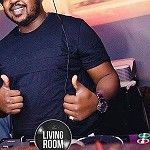 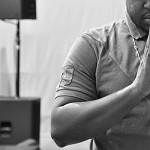 Some may say that calling himself 'an experience' is rather “cocky” of DJ Flipp'Side.

However, when asked about why he has this as his slogan, he sits back, chuckles to himself and responds in a calm deep tone saying, “It is humility that has brought me thus far. Calling myself ‘an experience’ is simply a way of expressing the degree to which I am committed to ensuring my client’s have the times of their lives while am DJing”.

At 5’8 tall, DJ Flipp'Side (formerly DJ Kyle) is average height, has no outstanding physical trademarks and with a very calm and quiet personality, you could easily mistake this guy for just any another shy, random person in the club.

Anyone that knows him, however, will tell you that this perception of him quickly changes when he gets behind the decks.

He usually begins his set by playing random songs from almost every genre, (I think this is so that he can establish the tastes of the crowd).

Once he is done getting a feel for the tastes of the crowd, he's in full action and at this point there is not stopping him, save for the random people that may walk up to him to try and talk to him.

Picking up the microphone, warming up the crowd, doing tricks and twists with the decks and the occasional visual effects is just an ordinary workday for DJ Flipp'Side.

In my humble opinion I would call any DJ who is capable of entertaining his crowd, not by just playing music but by creating his own unique style and blend of music, getting the crowd involved and screaming: an artist.

DJ Flipp'Side is an artist, a performer and an MC with a knowledge of music that spans from Afro Caribbean, to Hip-Hop, Soul, House, Funk, Commercial, Iranian, Indian, Russian, Arabic, Old School, Pop and even a twist of ballroom, one can say that his quite adventurous with his tastes.

Being both a mobile and club DJ is not a skill that has come easily to Flipp'Side, however. It has been picked up over time from way back in 2008, when he was just starting out as an experimental DJ playing music for the fun of it.

In a nutshell, DJ Flipp'Side may not be the world’s best Disc Jockey, but he certainly has what it takes to become a significant force in the DJ industry.

But then again, musical taste is relative! So don’t take my word for it. Check him out and decide for yourself. I can almost most certainly guarantee that you will not be disappointed.