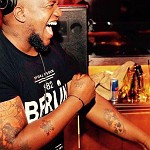 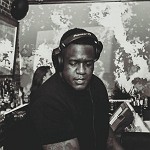 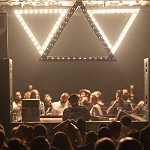 Originating from the Caribbean island of Martinique, Frederick Stone is something of a rare and very real talent!

It has been 18 years since Frederick bought his first record. Growing up Frederick started out as a Hip Hop DJ way back in 1994, it was only when he moved to the UK to pursue a career as a chef that he heard the great sound that is House Music.

Stumbling across an underground club night Frederick's first taste of House Music was delivered by the legendary Danny Tenaglia and a marathon eight hour set!

Since that very day Frederick has never looked back and now describes himself as an avid and faithful house lover. His sound can be described as percussive with an extremely addictive groove.

After a few years in the UK Frederick moved down to Spain seeking a new start. It is also around the same time that he decided to fully dedicate himself to his DJing career.

He spent a all year playing in small clubs and raves around Spain crafting slowly his sound, becoming more popular among the Spanish nightlife scene.

When the opportunity arrived to become resident at Nikki Beach Marbella, Frederick jumped in the occasion.

He says, "It was around 2004 that I started my residency with Nikki Beach. It was such a new thing for me back then, I was so used to playing in small dark after hours, dropping underground house till the afternoon.

"It took me a while to adapt my sound to play at Nikki's but I learnt so much. Pacing my set, reading the crowd and rocking the place without going to hard.

"After Marbella I moved to Nikki New York. It was so different from the south of Spain in every way possible.

"Nikki is located near Wall Street, so the crowd there was an array of bankers, financial investors, lawyers looking to go nuts after work. New York played a big role in my career.

"I really discovered real house music in New York... From basement parties to clubs I had just dived into a musical heaven".

His plans for now are just to focus seriously on his music production. He just signed with the guys from V-essentials in Belgium.
"That gives me the support that i need to plan and release efficiently. I have so many projects in the pipeline but right now music comes first," Stone says.

"Being the resident of Blue Marlin Ibiza is such a great thing for me. I have been in Dubai for now over five years and it is the first time that i actually feel free to express myself musically.

"Dubai is such a mainstream city, but at BMI people actually,listen and enjoy the music. The vibe really gets electric there and it is such a pleasure for me to be part of it".