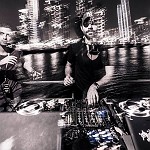 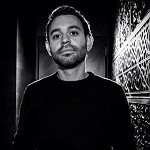 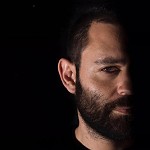 Wael Hijazi embraced his self developed artist identity (hoolz) becoming a professional as of August 2011, hoolz has devoted his full time to music and has been working  with and sponging from some of the best brands and individuals in the industry.

Using his talent, he has developed untapped segments of the industry in his home base Dubai.

Producting, Djing, and Consulting are the facets that make hoolz a sought after professional be it by corporations and/or individuals, by day and/or by night.

His achievements to name a few over the past two years include winning the Beatport remix competition which landed him the release on the renowned label Circus Recordings.

He has also had a residency with iLL Communications that saw him sharing booths with the world's top dance music DJs from the likes of Subb an, HOSH, and Marco Carola to name a few.

Exploiting his talents further, hoolz has worked on consulting projects with regional as well as international brands and hospitality groups from various industries, Clients include Mathew Williamson, Christian Louboutin, The Rug Company, My Wardrobe, J&J, Yas Marina (F1 weekend), Bayt, Vick Vanlian, and Pinnacle, He ensured that their image is soundtracked as efficiently as it is seen and heard through their marketing and distribution channels.

His most recent venture sees him teaming up with the Jas Hospitality Group as its entertainment director to handle all their upcoming projects worldwide.

Parallel to the above, hoolz is a member of Faciendo, the network headed by internationally renowned DJs including Desyn Masiello and Add2Basket among others, he also co hosts the crate online radio show.

Not new to the world of DJing and production, hoolz has been passionate about spreading music for over a decade when the pair of 1210s landed in his bedroom.

Fixated on developing his talents and network as well as increasing his releases on major labels, it's safe to say his life is music, whether it is producing, DJing or consulting.

The show has just begun and it promises to last longer than a Stanley Kubrick flick.