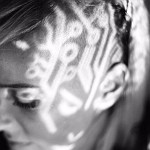 From the early days in her native Montenegro and Russia, ILona immersed herself in the exciting world of dancing and music.

Having studied in Greece at the age of 18, ILona was introduced to all sorts of electronic music and soon lead to her travelling to Dubai in 2007 to follow her dreams of working in the events industry.

Soon after arriving in the UAE, she was exposed to Dubai’s fledgling music scene that would soon become her home and stomping ground.

However, a fruitful move to Switzerland in 2010 started a love affair with electronic music and DJing that would last a lifetime.

ILona has always been tinkering with music production; in fact before she picked up a set of headphones in Switzerland she had dipped her toes in to that realm.

Not wanting to stay too long in any one place and the need to be constantly challenged, ILona finally made the move back to Dubai in 2012 to make her way in the now flourishing dance music scene.

It didn’t take her long to find her mark and by 2015 ILona started releasing on Dubai based and Sony endorsed label Bootleg Social Records and racked up a serious amount of guest slots and residencies in the city of sand.

None higher profile than her residency at Café Del Mar Dubai and well received residency at hit techno night – Back2Basics.

Having amassed an impressive amount of air miles travelling to the likes of Switzerland, Holland, Croatia, Spain, Russia and of course Dubai, it is safe to say Ilona Maras knows her way around the globe.

She has been signed to German mega imprint Get Physical Music.

Being in the top charts with most of her productions, and having the great support for her music by many influential artists such as Pete Tong, Andhim, Betoko, James Zabiela, Paco Osuna, Nicole Moudaber, M.A.N.D.Y., Oliver Schories, Reboot, Nick Warren, Hernan Cattaneo, Tiefschwarz, Noir, Piemont, DJ T, Eelke Klijn, Mihalis Safras to name a few, at such a young age in her career spells nothing but success.