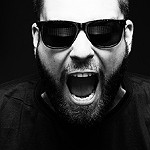 Jack Woodcock is a British DJ born in Cologne, Germany and influenced by the likes of Masters At Work, Grant Nelson and Joey Negro.

He began DJing at the age of 19 playing a blend of soulful house music mixed in with some thumping beats.

Getting more and more refined with experience his sets are eclectic not just sticking to one genre. You will however, hear the latest up front promos mixed in with some forgotten classics.

Jack has played along side some of the biggest names in the business including Grant Nelson, Graeme Park, AtJazz, ATFC, Richard Earnshaw, Gavin Peters, Deep City Soul and Soul Central just to name a few.

Jack’s career began in various bars and clubs across London. Always looking to push the vibe and showcase his personal influences, in 2001 he created Backfired with two other up and coming DJ’s, focusing on purely soulful funky music.

Backfired ran as a weekly event for three years. Now an annual event it held its 10th anniversary on Boxing Day 2011.

In 2006 Jack moved to Dubai playing mainly private bespoke events and travelling back regularly for gigs in the UK.

2010 saw Jack play all over the world including gigs in in London, Germany, Belgium and Uzbekistan. KT Komba (Tashkent, Uzbekistan), a club owned by the presidents daughter and a hot spot for VIP’s from across the former Soviet Union.

In 2011 Jack set up Sunstroke and has not looked back since, playing at some of Dubai’s best venues and events including 360, Nasimi Beach, Infusion Magazine Fullmoon Party and headlining parties at the Dek on Eight at Media One Hotel.

Most recently Jack has was selected to perform along side 24 of Dubai’s best DJs at Nasimi Beach and the world famous Vocal Booth Weekender in Spain.