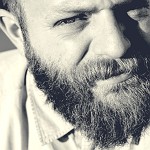 Originally from Manchester Jonny has been collecting and playing House music in its various forms for over 10 years.

Following a move over to Dubai in 2008 Jonny’s passion for good music of all genres and playing a mix of House and Disco, he was asked by good friends and the crew behind the UAE’s top soulful house party MustHaveSoul, to play their new Saturday party.

Jonny got involved with MustHaveSoul presents Eclectic Circle at the stunning 360 Dubai and later moved on to be resident for the flagship MustHaveSoul parties.

After MustHaveSoul closed its doors at the end of the 2012/2013 season, Jonny and fellow MHS resident Danny Kwang decided they needed an output to showcase their mutual love for all things house, disco and dirty little basements with big soundsystems.

From there Cuts Above was born and over the past two years they they have started The Cuts Above Cuts Cast show on the most excellent Funcshn.com, alongside other ace shows hosted by Phat Phil Cooper and his NuNorthern Soul podcast and the Disco legend that is Nicky Siano.

As a DJ Jonny has been booked to play for the UAE’s Dust Crew, Sunstroke, Reade Street and Stereotype alongside some of Dubai’s finest local talent and internationals like John Morales, DJ Spen, Phil Cooper, Ian Blevins and Mad Mats to name a few.