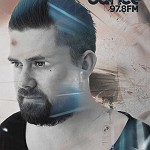 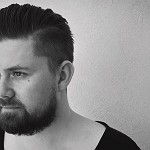 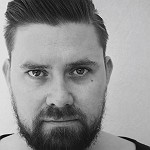 Underground specialist Ju Lovett first gained notoriety in the UK in the late 90's and early 2000's when he became resident DJ and co-promoter for Rapture.

Rapture was one of the UK's most infamous underground parties of its time, regularly playing alongside the likes of The Stanton Warriors, Krafty Kutz and Phil Keiran to name but a few.

As well as the regular club nights, Ju became a massive name in the Free Party scene in Essex, playing some of the most talked about Pulse8 Warehouse and open-air raves of the early 21st century.

Ju’s love for techno as well as been an outspoken anti-commercial music activist, made him synonymous with the underground scene that the UK has always been revered for.

In 2013 Ju relocated to Dubai, and in 2015 launched his new underground Techno night DYSFUNKTION alongside business partner and fellow DJ Tobie Allen.

As the resident DJ of previous institutions such as the aforementioned infamous underground party Rapture (UK), Creamfields UK Club Tour and The Aquarium in London to mention but a few. Ju Lovett, heavily influenced by the likes of Sven Våth, Richie Hawtin and the Berlin Techno scene, brings you a twisted experience to challenge the deepest parts of your mind and question your own reality.

Ju has recently signed up to be part of the new dance radio station in the UAE, Dance FM 97.8. He hosts a weekly show every Sunday at 1am (9pm GMT) exclusively on Dance FM 97.8 and online at www.dancefm.ae.