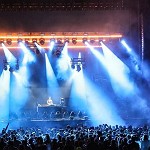 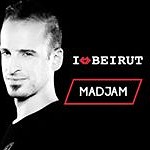 One of the most influential DJs in the Middle East, maDJam has helped put Dubai and Beirut on the global dance music map.

With more air miles than Richard Branson thanks to his busy weekend club schedule, he’s a headline act in his native Beirut as well as in cosmopolitan Dubai, the region’s two party hubs.

Alongside that, he holds down regular spots in Egypt, Jordan, Bahrain, Oman, Qatar and Kuwait.

He’s been an ever present on the Creamfields Abu Dhabi line up, one of the few GCC DJs who can hold their own on the main stage in front of 15,000 people next to heavy hitters like David Guetta, Hardwell, Calvin Harris, Laidback Luke and Deadmau5.

A DJ from the age of 10, Ahmad Ajam – re-arranged to form his DJ name maDJam – started rocking school parties and quickly progressed through the local scene to become an industry leader in Lebanon.

His ‘Club Frequency’ show has been airing weekly on cult station Mix FM in Lebanon since 2000, while he’s also presented and recorded his own in-flight radio show for Emirates Airline.

He was an instrumental part in the growth of Beirut and Dubai’s club scene at the turn of the millennium. He was one of the residents at Peppermint Dubai, the first house party to properly break into the city, DJing before and after industry titans like Carl Cox, Sasha, Swedish House Mafia, Digweed, Armin Van Buuren, Ferry Corsten and many more to thousands on a weekly basis.

Back in Beirut, he helped curate the Smirnoff Nightlife Exchange Project and played virtually every club and bar worth their weight in tequila.

And in 2014, he became the international resident at White Beirut and new sister club White Dubai, playing a party-starting mix every weekend to sold out audiences.

With an incredibly versatile house sound, maDJam constantly straddles the cool and commercial divide, happy to take in ambient, deep and progressive influences, as well as funk, electro, techno and pretty much everything else in between.

And it’s a very in-demand sound, with maDJam a regular at events like the Red Bull X Fighters and Red Bull Air Race.

That in turn led to sponsorship from the soft drink giant, to go alongside his clothing sponsor adidas Originals, while he’s also a Pioneer ambassador for the Middle East, helping develop software and hardware for the Japanese giants.

It’s always the music that matters the most, however. “No matter where you go on this planet you will find good dance music. The promotion and production are the essential elements to support any scene, and that’s where I love to focus my effort in getting as involved as possible with all things so people have a good time listening to music that I love” says maDJam.

“It’s all about the crowd & their response to the music whatever it is, as long as they’re up for it, then so am I."