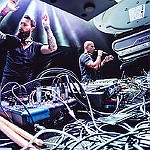 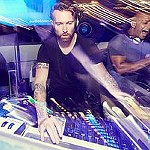 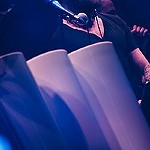 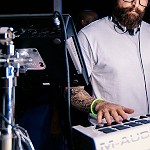 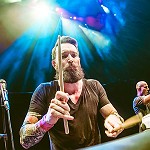 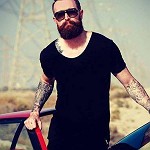 Disc Jockey, Percussionist, Promoter, Producer and one half of electronic duo ARCADE 82.

Spinning a cool House / Nu Disco vibe with plenty of classics thrown in for good measure.

2011 was very kind to him - closing Faithless's last ever international gig, in front of 15,000 people on the Sandance beach at Atlantis Hotel, Dubai and secondly was playing main stage at Creamfields Abu Dhabi.

2013 was also huge which included his biggest gig to date playing immediately after Jamiroquai at Sandance in front of 12,000 people and then the month after playing Creamfields Abu Dhabi with Disclosure, The Prodigy and many more.

He has been fortunate to have played his music in Las Vegas, Miami, Ibiza, Paris, Madrid, Los Angeles and all over the UK.

Now based in Dubai he plays at the biggest venues and festivals the city has to offer.

Mark is also part of electronic act ARCADE 82, they are signed to such labels as King Street NY, Sleazy Deep, Spirit Soul, Deepalma Records to name a very small few.

After nearly 20 years DJ'ing Mark has a very strong connection to the Classics scene and has been resident of 'Journey Thru House' at Zero Gravity Dubai for nearly 3 years now.

JTH is the biggest House Classics party in the Middle East and Asia with over 3,000 people attending each month.

He has been playing Classics in his sets since he started DJ'ing back in 1997 and with over 5,000 records in his vinyl collection he works hard and digs deep to bring new nostalgia to every Clasics set he plays.

Away from the dance floor Mark launched Mixmag in Dubai to partner alongside Hype Magazine that he launched in February 2013.

Hype fast became one of the most popular ways of keeping Dubai's party people up to speed with the latest happenings on the street in clubland.

In 2015 he did it all again and was honoured when the likes of Roger Sanchez and Paul Van Dyk attended the awards.