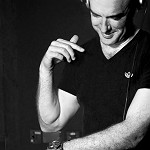 You know your night is doing something right when your combined musical output across nine years totals 4,752 hours of peerless house music (and you’ve almost single handedly kept Café Patron in business in the Middle East).

As the man behind audio tonic, the longest running weekly night in the Middle East, Mr Mr has plenty to answer to - and be very proud of.

Mike ‘Mr Mr’ Bufton has been a vital part of the music and clubbing scene in the UAE since his arrival nine years ago.

He’s perhaps best known for audio tonic, the 11 hour house party that runs every Friday at one of the Middle East’s most stunning venues: the open air, split level bar and club, 360.

The party has been responsible for not only breaking some of the biggest underground names in house for the best part of a decade, it’s also home to the finest residents in town, including of course Mr Mr.

He was awarded Time Out Dubai’s prestigious Best Local DJ gong in 2010, while he was voted as What’s On’s favourite DJ in 2014. Not only that, but local dance music magazine Hype recognised his dance floor achievements, and handed him its Outstanding Contribution award last year.

Musically, he favours melodic, bass-friendly house music, and is equally adept at sound tracking the Arabian sunset as he is delivering a peak time, hands-in-the-air house and tech-house set. And that consistency has seen him become a hugely popular DJ across the UAE and the GCC.

He’s been a virtual ever-present at Creamfields Abu Dhabi, and even hosted his own audio tonic arena, while he’s played sets at leading clubs in Dubai including Trilogy, Pacha Ibiza Dubai and Nasimi Beach.

In 2011, audio tonic took the next step and set up their own record label. With over 30 releases under their belt, and with support from some of the industry’s biggest names including Solomun, Hernan Cattaneo and Jimpster, the label continues to thrive with its deep/tech output.

Rising side by side with audio tonic Records is their superstar resident DJ and label head Raxon, who’s become the city’s biggest DJ export, helping spread the good word of audio tonic to huge house labels like Noir, Culprit, Toolroom and Sincopat.

Mr Mr has a big radio following thanks to his UAE Radio 1 show every Thursday night, getting the weekend underway with a choice selection of upfront house music, alongside interviews with DJ legends like Pete Tong, Roger Sanchez, Felix Da Housecat and Eric Morillo.

It has now set up base at WET Deck at the W Hotel Al Habtoor City, hosting Nightswim every Friday

audio tonic – like the man behind the musical mission – continues to thrive, consistently supplying the best beats in the business, 4,752 hours and counting.