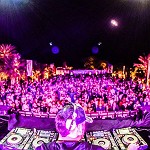 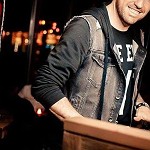 Scottish born Paul Mendez has proven to be one of the most talented DJs in the world with a rare and respected talent that attracts and delivers international success fusing Big Room EDM and Urban Beats fresh from the DJ booth into the studio creating both underground and commercial hits.

While he's still a young man he is an industry veteran with 25 years in the game that has brought 300+ releases, two gold discs, top 100 DJ entries and 75+ top 100 chart hits including multiple number one's which has enabled him to build a solid reputation with the digital market consumers, record label A&R offices and dance floors across the globe.

This multi-faceted artist is renowned for his technical ability and very few share his mastery of music selection and style hopping as he seamlessly mixes one genre to the next, keeping the crowd guessing and always moving while building links between EDM, Urban and commercial music.

A true connector that has been praised at the highest level many times by fans and his peers alike as he continues to stand tall effortlessly switching from Main room superclubs to dark and sweaty underground clubs to classy and stylish five star lounges and celebrity shindigs.

With performances in hundreds of cities, in 60+ countries, on five continents with the biggest and most iconic brands such as Ministry of sound, Hed Kandi, Marquee, Avalon, MTV, Viceroy Group, Intercontinental Hotels Group, Emaar, MGM and Sennheiser with whom he is a brand ambassador.

Hailing from the musical streets of Glasgow Paul is a also proven and chosen world class opening DJ to superstar names on their world tour shows such as Tiesto (10 shows).

And who said, "Paul is a great DJ and one of the few I personally hand picked to play for me in Amsterdam at our Wildlife party's”? Armin Van Buuren (5 Shows), and also said "one of the best resident DJs I ever played with".

Celebrities have also been impressed with Paul performing at A-List events parties for stars including Alicia Keys (Birthday Party) who commented, "Paul's track-list and set was spot on".

Paul is self taught with old school values based on hard work, quality of sound and product, performance and a desire to succeed based on his love for music and his profession,

This is evident in his upbringing as a nine year old he trained contemporary dance at London's finest school Pineapple Studios and became Scottish break dance champion 3 years in a row.

He did his first DJ gig at 15 years old with the biggest event company in the country Awesome 101.

He was Scottish DMC mixing finalist two years running at age 18 and held down his first residency at the number one club in the country, The Bunker and also with high calibre event company Maelstrom.

Here he headlined alongside the biggest names in the then UK Rave scene: Fabio & Grooverider, Carl Cox, Sasha, The Shamen, The Prodigy and many more.

At 20 he was playing sets at the biggest festivals including Rezurection and Fantazia and started to perform regular in London, Manchester and overseas for the next seven summer seasons.

This turned out to be a huge game-changer for him, exposing him to an international audience at the world famous BCM in Majorca as well as hot-spots Bora Bora, Privilege, Es Paradis, El Divino and Slinky in Ibiza,

At 23 he started a successful six year DJ residency at RATT in Bathgate, UK and later became music director at the venue.

His vision of booking up and coming foreign talent alongside established superstar names paid off in spectacular fashion with sold out capacity events every week.

Add to that his famous Radio show on Beat 106 / Capital FM which spanned five years in the Friday night midnight slot syndicated on FM radio throughout the UK that established Paul as the biggest and most popular DJ in the country.

It also cemented him as one of the most recognisable and proven names in Europe after performances at major venues and events including Creamfields, T in the Park, Gatecrasher, Homelands and the Rijeka Street Parade in Croatia, where Paul played the final set of the weekend and performed the theme track he produced to 50,000 revellers .

As the new millennium approached America came calling and Paul played his first gig in the states in Miami during the winter music conference at the famous Shadow Lounge venue and offers started to pour in from all over the country.

This included an offer from Hollywood's legendary After-Hour Power at Avalon which Paul has continued to play for 15 years and from the nightlife capital of the world, Las Vegas, where he has been based multiple times and calls his second home.

He has enjoyed huge success since 2002 with residencies and guest spots at RA (The Luxor), Moon and Rain (The Palms), Marquee (Cosmopolitan), Artisan, Gallery (Planet Hollywood) and many more.

Having first played in Dubai in 2005 Paul has been based in the dynamic and exotic city since 2014 and is without a doubt the biggest and most successful international DJ in the city.

He has secured long term residencies at the luxurious Skylite rooftop lounge at Yas Viceroy hotel in Abu Dhabi which he accepted and after being named one of the highlight DJs at the official after party's for the Formula 1 weekend in Yas Island.

With numbers and takings increased substantially he accepted three more high calbre residencies at the exquisite Address Dubai Marina; at the hub of Dubai Marina nightlife, Cargo at Pier 7; and with one of the longest running Dubai superclubs Zinc.

To add to his already impressive resume in the Middle East region which started in 2004 with Global Djs in Qatar and continued with a five star residency for two years with Intercontinental Hotel Group and led to multiple guest bookings in Bahrain, Oman, Jordan and Lebanon.

Paul is also a proven name in the music production scene and after 20 years in the studio he continues to be at the forefront on major and independent record labels such as Universal Music, ID&T, Bonzai music, Armada ,1605 Music Therapy, Manufactured Music , Absolutely records, Dos or Die, Xtravaganza records and more.

He produced two theme tracks for the Trance Energy festival in his early years and has received multiple gold discs sales awards and recognition from major publications DJ Mag and Mixmag, who described his Magic Impuls track "as a defining moment in Electronic music."

Paul had a standout year between 2014 and 2015 with 35+ top 100 chart placings including four top five singles on major download stores Beatport, Traxsource, Track it Down and Juno.

With Great support from radio stations with tracks featured on many shows from Pete Tong's Essential Selection on BBC Radio One, I Heart Radio, Ministry of Sound radio and 14 weeks in a row support on BPM/Sirius for Paul's remix of Wake me Up by Avicii.

The production success has continued the past six months with eight top 100 chart placings including a number one on Juno download and number one on Traxsource for his hit track Turn the Music Loud released on Black Hole Recordings.

MTV America also featured Paul's Blacklist track on its hit TV show Eye Candy on Season one, which attracted three million plus viewers and he also became an exclusive member of the one million plays artists on soundcloud.