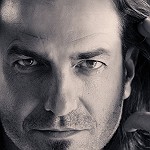 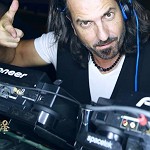 With a very classical start as a DJ in private nights, Raff began by the first step in the ladder of the night's world.

In the late 80s he starts his first residencies in night clubs. Faithful to his employers and innovating for clubbers, Raff becomes a club reference after 20 years of residencies in the east of France.

His musical culture and his love for dance floors and clubbers allow him to offer varied, pumping and festive sets each time.

Upon freelance DJing, creative concepts and artistic management, production calls him. He releases Casa-o-Rhum in 2004 and Vida Nueva in 2006.

At the end of 2012 Raff returns to a recording studio to unveil some other aspects of his musical personality... to be followed!

His motto for 10 years: only for Happy people!

More than a slogan, it's a life philosophy that he shares now with clubbers and clubs managers who call him, either in France or abroad.

Passion, sincerity, simplicity are certainly Raff's qualities, who fights in his way to make the nights more beautiful than your days.