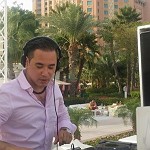 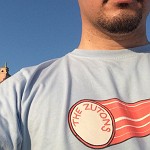 Robbie Blanco is a Liverpool DJ now based in Dubai.

Robbie who started his musical journey as one of the first Urban DJ in the North to embrace the concept of Open Format, mixing RnB, UK Garage, Bashment, Hip Hop and House music in a single set to the displeasure of many genre based purist DJs.

Settling in Liverpool DJ Robbie Blanco went on to become the resident DJ in some of the city's most prominent venues such as Kirklands, Arena, Nation, RSVP, Palm Sugar, Newz Bar, Noir, Metro, Arena, RSVP.

Robbie went on to create the Legendary Blackolive Street team alongside DJ Nauti and DJ Steevo he spent the next few years smashing venues across the UK North West and bringing some of the biggest RnB Artists at the time to Liverpool such as 112, Sisqo and Dru Hill, Truth Hurts, Montel Jordan; as well as establishing the biggest and longest Urban RnB club night in Liverpool 'JUICY' at the Arena.

Part of the team behind great nights such as Medication, 'VAiN', and 'Candypants'

In 2000, the summertime seasons abroad seemed more attractive and the promise of bright flashing lights lights and loud music in Ayia Napa kick started what then became an international string of DJing slots around the world, covering all continents.

From Liverpool, London, Manchester and Leeds to going international in Ireland, Cyprus, Germany, France, Spain, Sweden, Turkey to tearing up spots in Dubai, Egypt, Malaysia, Singapore, Australia and across to Mexico, Atlanta and Puerto Rico!

After a successful DJ lifespan of 15 years and still winning things can only look better in the glam and glitter of Dubai as music is life and life without music sucks!

So get involved and watch this space.