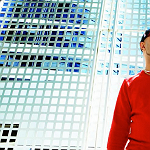 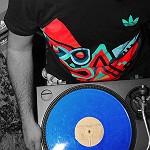 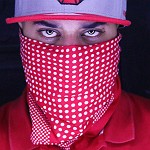 Rone Jaxx, born Rony Jackson, started his musical journey at the age of 13, back in the early 90s whilst DJing/MCing in spontaneous venues all over the UAE.

Most of his early gigs required him to play an eclectic set which he always delivered with a raw urban touch.

Known as one of the sole pioneers of Hip Hop in the Middle East, he has inspired hundreds, if not thousands in the region.

Rone is also a member of Lucid Cru consisting of two other established DJs, DJ Shero and DJ Flash B, releasing mix recordings every month.

He is also a member of production/DJ outfit Underground Procedures (UGP), F.A.M.E and founder of JAXXMA.

Rone has been on radio since the year 2000 starting his first live mix show on www.myradio1.ae (104.1 & 100.5) Dubai, and currently hosts his own show/brand #UrbanEducation, which started airing from 2005, schooling its listeners on classic, unreleased and the latest urban flavours.