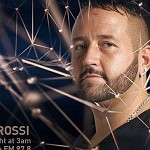 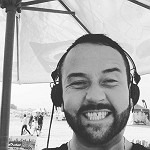 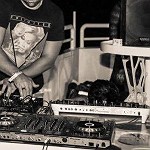 If you are striving for a DJ to bring some REAL entertainment back to your venue then look no further.

Rossi’s crazy, yet unique sets speak for themselves as he continually aims to raise the bar in the art of DJ performance and entertainment.

He is constantly evolving technically and musically to stand out in a world where there is a mass of talented DJ's waiting for their turn.

It is fair to say Rossi has earned his place over the years, now renowned and respected as one of the genuine good guys in the industry.

Rossi is infamous for rocking venues to their foundations, electrifying the happy crowds of clubbers from every generation, raising hands in the air, putting smiles on faces & smashing events as only he knows best.

So far in his vast career he has shared the stage with some of the biggest names in the industry and held global residencies for Super-Brands like Cream, Miss Moneypenny's and Godskitchen, Hed Kandi and Pukka Up, to name just a few.

Rossi has had the privilege of performing many times over the years as the headlining guest DJ, at some of the most prestigious events, parties, and venues in the world to date, including Zambia, Cape Town, Krakow, Benidorm, Rhodes Town, Faliraki, Malia, Roda/Sidari, Laganas, Ayia Napa, Paphos, Limassol, Ibiza, Bahrain, and Dubai.

This DJ never fails to deliver anything less than first class, spectacular performances that are guaranteed to leave the crowd amazed, breathless, and literally begging for more!

Many aspects influence his live sets, but they can always be categorised under the huge genre of 'Dance Music', but he is very capable of playing anything.

Classing himself as an open format DJ, catering for all ages and crowds.

Deriving from a vinyl background as a turntablist, his technical ability is outstanding, and the wealth of experience he has gained over the years is the key to reading the crowd, keeping them interested and entertained right through each set.

His showmanship is showcased every time he plays and he enjoys nothing more than connecting and interacting with the crowd, getting them involved and hyping them up with his unbelievable amount of energy and enthusiasm.

All performances are mostly improvised making Rossi one of the most exciting DJs to be seen live on the circuit.

Having listened to music from a very early age he has ingested many influences from different genres, but he has eaten, lived, and breathed on dance music since 15 years old and you can physically see the love and passion he has for it while performing live.

He also has a regular show every Tuesday night on Dance FM 97.8.