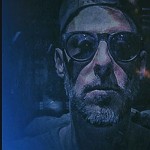 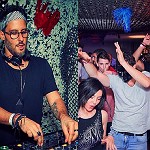 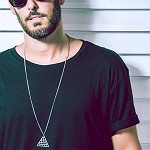 DJ and producer Sam Farsio’s passion for music started at an early age.

His audio talents have evolved him top spots in the Dubai clubbing circuit with his refined selection deep Techy and dark house music.

His reputation as one of the quickest rising DJ’s and his unrelenting commitment to the music scene has gained him much respect and notoriety in the industry.

Sam started his line of production and his first ever release which was a remix for Namito - Minou hit as it reached the 100 Beatport charts and made him more successful in this field.

To date he has been offered to create remixes for Robert Babicz , Martin Eyerer, Namito, Amin Golestan, Xavi, Pierre Ravan and many top performers.

Sam Farsio has been lined up for gigs in France, Bahrain, Dubai, Oman, Turkey, Thailand and Russia. He has worked and played closely with artists such as Mark Knight, Namito, Shonky, Lee Burridge, Dave Seaman.

Rather than any particular genre or musical groups, Farsio says that his brand of house is influenced more by life experiences.

He does, however, claim his biggest inspirations as Depeche Mode, Jamiroquai, Guns and Roses and even Michael Jackson.

The DJ that was most influential on him was Steve Lawler admiring his passion and dedication to DJing and clubbers.