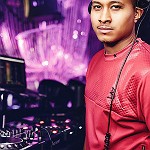 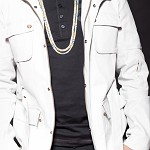 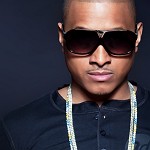 From his early days playing at events in his local area to the Superclubs of one of the biggest, baddest and sexiest party islands on the planet he is guaranteed to bring you a Party mix like no other.

Producer of Warner's Pure Funky House, TwiceasNice's Gold selling Urban Anthems compilation and Universal Music's 2012 compilation R&B in the Mix he has been setting the UK and International scene on fire for years. Nominated for 'Best Club DJ' and 'Best DJ' respectively at the 2008 MOBO Awards and at the UMA'S,

Winner of the 'Best Urban Club DJ' – Ibiza 2009, Best International Club DJ, UAE 2012, Luminar 'DJ of the Year ' 2013. He is undoubtedly one of the most versatile and technically gifted djs you will ever have the pleasure of hearing.

A born performer he has the ability to wow audiences every time he graces the decks. From the underground to the commercial, Scottie B never ceases to amaze audiences all around the world, and his achievements reflect this.

During this time he earned a place at one of the biggest clubbing events of that time TwiceasNice, alongside DJs such as Spoony, Steve Sutherland and Matt Jam Lamont.

His relationship with the brand gave him the opportunity to work on the compilation albums they produced. He firstly contributed his knowledge of music in putting together the 2004 album release, Urban Club Classics.

The success of this album led Scottie to join pioneering DJs Shortee Blitz and Matt Jam Lamont on the 2006 album: The TwiceasNice Weekender, which has since reached gold status, selling well over 100,000 copies making Scottie B a gold selling DJ!

This album really showed Scottie's potential and the feedback received regarding his technical ability and musical selection earned him the right to mix another three compilations; Urban Anthems, which was released in June 2007, followed by TwiceasNice Club Anthems of The Year in 2009 and Warner Music's Pure Funky House.

Scottie B has since reached national success playing in some of the biggest clubs in the UK, including Ministry of Sound London, Gatecrasher Leeds, Indigo O2, London, The Syndicate, Bristol to name a few.

He has performed in nearly every major town and city in the UK. His domination of the UK has led to him travelling as far a field as Lagos (Nigeria) where he played at R&B Superstar Ginuwine's concert alongside double MOBO Award-winner Steve Sutherland, DJ Luck and DJ 279.

More recently he joined Alesha Dixon on her Eastern Tour in Japan and the Far East as her official DJ.

A yearly residency in the dance capital of the world, Ibiza rocking the super club Eden which sees the likes of Judge Jules, Pete Tong and Pendulum pass through the doors.

A residency in Dubai at club Chi plus two residencies in the UK!

As well as travelling across the world, Scottie presented his own weekend radio show on London's Choice Fm, interviewing the cream of young urban talent including Chris Brown, Ginuwine, Amerie, Ciara, Mario, Omarion and Bow Wow.

This led to Scottie having opportunities with MTV Base and Kiss TV. He recently presented the hot new show 'From the Endz' on MTV Base which featured new and current UK artists, including N-Dubz and Tinchy Stryder.

Scottie has worked on numerous corporate campaigns for companies such as 3 Mobile, O2, Motorola, Orange, Sony, Bacardi, and Playstation as well as record labels Universal, Warner/Atlantic and Sony BMG.

He has also had numerous features in the press including the The Sun, Voice Newspaper, Young Voices and Rewind Magazine to name a few.

Not content with taking over the DJ world Scottie B is also a talented producer. Being Alesha's official DJ, he was given the opportunity to remix Breathe Slow from her album The Alesha Show.

Scottie is currently in the studio working on individual projects with Simon Webbe (Blue), Agent X and Matt Jam Lamont.

Scottie's knowledge and infectious passion for music have ensured that he has strived to become the complete entertainment package. Whether it's DJ'ing, presenting or producing he puts in nothing less than 100% and what you get out is an unforgettable performance.