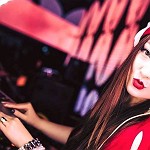 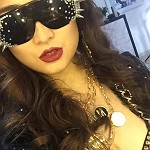 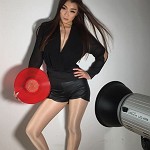 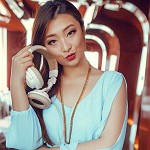 Graduating from United DJ School in 2006, Shirry Dee was awarded Technical Winner of the Year.

Her unique turntable techniques (Scratching and Beat Juggling), commitment to the technical side on decks and her passion plus ability to read the crowd correctly make her an inspiring DJ on the Australian scene.

Shirry Dee got in touch with music from the age of three starting with electronic 88 keyboards, and then turned to other instruments such as flute, Chinese erhu and piano.

At age 14, D became a big fan of K-pop dance and music, which led her to become a break-dancer during the time.

She used to work with Coca Cola China in 2002, before she moved into Melbourne, Australia.

In late 2002, she was a magazine model for NorthEast Magazine, economic and fashion magazine representing a face of Asia!

In 2009 she played the Future Music Festival; and in 2012 DJed the Backstreet Boys after party, In 2013 she worked at top Vietnamese celebrity, Dam Vinh Hung's concert in Melbourne Crown Fusion.

In 2013 F1 she performed at the Bahrain exclusive party with Xizibit; and has also played public events such as: Run Melbourne 2010 to 2012 as well as stints in Hong Kong LKF - Nova Nightclub and in Dalian City, China at JD Bar).

Between 2014 and 2015 Shirry Dee moved to Dubai, taking up residency at Anantara The Palm.

In 2015, she became resident at Armani / Prive nightclub at the Armani Hotel, Burj Khalifa.