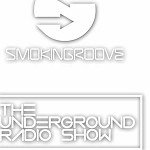 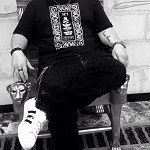 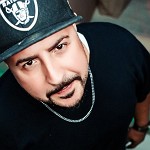 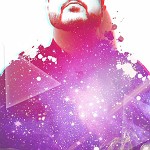 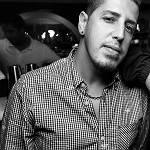 As two wise chemically-enhanced men once said, "The brothers gonna work it out" and it’s an adage the Smokingroove brothers have taken to heart as they’ve become one of the most in-demand production and DJ duos around.

Starting off the main part of their career in their native home of London, they’ve cut their teeth on the underground radio and club scene from the mid 90s and are still going stronger than ever.

Production-wise, they specialise in deep, dark, Chicago-flavoured House music with a Jacking vibe; the sort that’s seen them sign records to Roger Sanchez’s Stealth Records, DJ Sneak’s Magnetic Recordings and a string of releases on their own Illuminati Recordings imprint.

The sort that has got them charted by every DJ worth his salt (and tequila). The sort of infectious, funk-laden, booty bouncing music that forces the body to inadvertently shake itself into a dance.

But it’s perhaps on the DJ front that the brothers have made their biggest impact.

With both Safe and Marko now based in Dubai, they helped build the reputation of the now world famous Nasimi Beach venue, a 5,000 capacity venue nestled on the edge of the seen-from- space Atlantis The Palm Dubai.

Not only have they turned a once unremarkable patch of sand into a consistently sold-out clubbing location thanks to a soundstorm of beats and bass, they’ve played alongside (and often closed) for Jamiroquai, Steve Lawler, Faithless, Roger Sanchez, Derrick Carter, Armand Van Helden, Basement Jaxx and many, many more.

Alongside that, Marko and Safe played at their forth instalment of Creamfields Abu Dhabi, dropped house bombas at the legendary El Divino Ibiza with DJ Sneak, spun at the legendary Turnmills, Pacha London, Ministry of Sound, Moneypennys in the UK and Ibiza and the Miami Winter Music Conference.

The most recent developments might be the best yet; Smokingroove along with a select few have become brand ambassadors for Adidas Originals, New Era and Pioneer DJ.

They also compiled and mixed the first in a series of Pacha Dubai CDs, which are on global sale.

Away from the clubs, the London- born duo are just as busy. With more and more chart-winning material pumping out of their smoke-filled studio, this year see’s them investing more time into more and more studio equipment and a huge increase in tracks being released on their own Illuminati Recordings Imprint.

They have recently signed to present The Underground Radio Show every Friday on Dance FM between 10pm and midnight.

Their reputation precedes them and thankfully it’s a reputation steeped in quality.