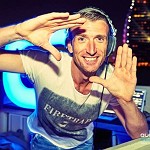 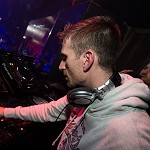 Bootleg Social Records label owner, promoter, music publisher and DJ, Tobie Allen has for the last 20 years truly developed his own unique sound and atmosphere across continents around the world.

Tobie cut his dance teeth in Cape Town club land where he was viewed as a household name with his legendary gigs and also at his co owned Unity Club.

Returning to London, Tobie quickly established his own branded events, Bootleg Social, which attracted interest from his peers within the UK music fraternity.

This truly unique clubbing experience has grown from a small backroom of like minded souls to an international brand, expanding from London to tours to Ibiza and beyond.

In the past Bootleg Social nights has been featured in Australia, Singapore, Austria and Ibiza. Tobie has played at worlds leading clubs Ministry of Sound; We love @ Space, Cream @ Amnesia, Pacha London, Brixton Academy, Gatecrasher UK, Pryda @ Alexandra Palace, Snowbombing Festival and many more events over his 20 years.

He has also partnered with such edgy luminaries as Toolroom, Global Underground, Wonderland, SOS, Get Loaded, Stealth, Size, We Love, Full on Ferry, Above &, Carl Cox and Mixmag.

In 2014 Tobie began translating his experience to a new challenge: Dubai. Adapting to the local culture and ethos, there was little time to relax as Tobie quickly became a regular guest with reputable promoters such as Warped, Night Vibes, Clique, Plus Minus, Pier Chic. Bliss, Sea Fu and Audio Tonic.

However, it wasn’t long until his natural instincts kicked in and he found his calling; bringing the local scene together to highlight the talented dance music producers of Dubai.

Ma’ana (or ‘Together’ in Arabic) was a feat never attempted before and was a fast success, gaining local acclaim and global interest from brands such as Redbull and Sony Music.

While Tobie has a rich background in the deeper and darker shades of dance music, he uses his vast experience and knowledge to play a wide range of music styles to suit each and every venue.

Showing no signs of stopping, 2015 continues to be another promising year for this fun loving music lover.