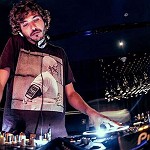 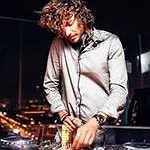 Patrick Chouchani aka TRIX became interested in the electronic music scene whilst living in Copenhagen, Denmark.

Back to Beirut in 2007, Electronic music was still unheard and TRIX became devoted to find a hotspot to release his unique sound.

He was attracted to The Basement's electronic and alternative sound and soon joined this renowned club's family and received their support.

This motivated him to keep on moving forward, and become fully invested in his passion.

It is not easy to make a career out of something you love doing, especially when there is loads of competition are involved, but when you are driven everything is possible.

The world of DJing is much bigger then anyone expected.

If hundreds and thousands of people do what you do, how can someone set himself or herself apart?

TRIX has done that with a different approach with his own skills, taste, emotions and killer sets.

In 2014, TRIX became the resident DJ of 40 Kong Dubai and Eden Beach Club.

He is known for his music selection and the soul that he puts into his set which include: tunes with fresh take on the nu-disco genre following deep, groovy and sexy uplifting house tracks, finishing up with some great tech-house.