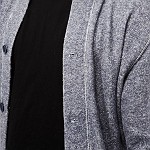 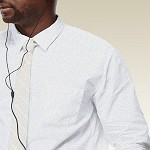 UCH is a New York City born DJ/producer and began his DJ career in radio, leading him to interview some of the biggest names in dance music, including David Guetta and Kaskade to name a few.

Soon after his start, Uch ventured into NYC nightlife and landed his first DJ gig at a tequila lounge in Queens, NY.

Since then, UCH has performed at some of New York’s biggest nightclubs including Pacha, Cielo, and Highline Ballroom, in addition to gigs in Hollywood California at Bagatelle, AM to PM in Berlin, and numerous parties and events throughout Miami, Puerto Rico, Atlantic City, and Las Vegas.

After numerous club dates, an ever-growing desire for music-making took shape, and UCH began producing his own tunes through the UCH & Panic project, scoring significant daily airplay on NYC’s PULSE87 and PARTY 105FM.

Since then, UCH has produced many house music projects, going to number one for Todd Terry's InHouse Records, top 20 on the Billboard with Rebound for Lori Michaels, and numerous appearances on the Beatport and Traxsource charts.