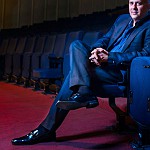 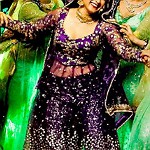 Celebrating over 20 years of Producing, Promoting & Curating Intellectual properties since its inception in 1995, AGP World has grown its live business in theatre, experiential events, art and talent management.

Telling a story using the performing arts has been the mantra and a few examples are like bringing to life genre-breaking, prolific work like Paulo Coelho’s The Alchemist, a grand musical adapted from one of the best selling novels.

Moreover, we have also produced one of the highest-selling comedy shows in India called ‘History of India’ which became the foundation of Stand-up Comedy in India.

As the saying goes – “You attract what you are”, we have had the pleasure and opportunity to not only rub shoulders with the absolute best but also forge strong relationships in entertainment hubs across USA, UK, Singapore, Australia, Dubai & Africa.

Helping us create powerful bonds across B2B & B2C markets with a lot of corporates, organizations and patrons of performing arts.

Our consciousness was awakened in the new normal, where the most important part of our business evolved into film, streaming, digital, audio/video content, virtual conferences to eSports.

The strength lies in our IPs and the pillars of identity, relationships, competitiveness & most important purpose.

“AGP World prides itself in creating quality content that is customized to suit the taste and sensibilities across continents.

Discerning entertainment driven business solutions are the way forward. Entertainment has always been a universal language that cuts through all cultures uniting them.

My endeavour is to corporatize and evolve the performing arts and entertainment genres that can be replicated globally. With over a dozen productions and IPs in the pipeline, there’s excitement across all our touchpoints. We have only just begun!”