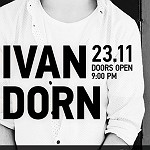 There is a sizable community of Russians in the UAE. They are expatriates who have moved into the country in attraction of business opportunities and its contrasted all-year-round sunny weather conditions

According to various estimates, as many as 250,000 Russian speakers expatriates from CIS (former Soviet Republics) countries live throughout the country, with the majority having made Dubai and Northern Emirates their home with an estimated 400 Russian-UAE joint venture companies.

The UAE is also a popular tourist destination, with around 3,000,000 tourists from Russia and CIS visiting the country each year.

Auto Radio, the UAE’s only Russian language station as is part of a major radio franchise in Moscow and 1,457 cities in Russia plus Ukraine, Armenia, Kyrgyzstan, Moldova, Latvia, and Spain.

In 2015, the brand of Autoradio celebrated its 22nd birthday!

Auto Radio 103.2 plays the most popular music, the music everyone loves, recognises from the first bits and sing, the music that unites.

Auto Radio 103.2 has on air popular programmes with superstars and popular favourites, the most relevant, interesting and timely information, exciting, dynamic games.

Auto Radio 103.2 is a recognised leader among those who listen to the radio in the car.

The daily audience in Moscow alone more than 1.1 million people!

Auto Radio 103.2 is the market leader in Moscow and is set to mirror this success in the Emirates.​