at Sheraton Dubai Mall of the Emirates Hotel, Al Barsha 1 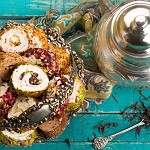 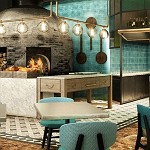 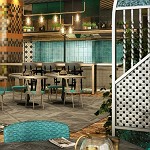 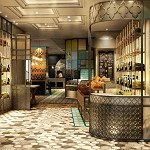 We pride ourselves at BESH on five foundations, taking inspiration from cookbooks dating back over 150 years, to create the most authentic Turkish flavours and dishes in the region.

Our olive oil is sourced from NAR Gourmet, a brand that captures the essence of Turkey's sundrenched Anatolian heartland.

The flour and spices are brought directly from Anatolia while the cheese has been hand picked by consultant chef Vedat Basaran.

Meat is prepared to traditional Turkish recipes dating back hundreds of years.

Boasting a rustic and casual setting, feel at home in the intimate indoor booths or relax on the shisha terrace and enjoy the cooler months.

Chef Vedat Basaran,  Consultant Chef
Hailing from Istanbul, the award winning chef Vedat Basaran is a master in Turkish cuisine, renowned globally for reintroducing antique recipes and the culinary heritage of the country which was becoming lost in modern times.

Studying in Turkey, Vedat began his culinary journey in London where he worked at many well-known restaurants in the city while also lecturing on culinary arts.

It was at this time in 1987 that Vedat, having seen a program on traditional Aegean cooking, decided to research the roots of Turkish cuisine and focus on its style of cooking.

Upon returning to Istanbul, he dedicated years to learning the Arabic alphabet before translating a number of ancient cookbooks.

Upon his return to Turkey Vedat was involved in the opening of the prestigious Ciragan Palace Kempinski. It was here that he introduced a handful of Ottoman dishes to the menu; all of which were an instant hit, before moving on to open his own venue situated in a former sultan’s palace on the Bosporus.

In addition, Vedat has collaborated with many known chefs over the years such as Alain Ducasse, Raymond Blanc and Paul Bocuse to name a few as well catering high profile events for US Presidents, state dinners and Royal Families in Saudi Arabia, Monaco and Spain.

Vedat’s extensive work on Ottoman-Turkish and Anatolian cuisine has been introduced to many countries of the world and attracted the attention of the world media.

Vedat is well known for his interpretations of old Ottoman cookery books; having translated over 3,000 recipes, and reintroducing many forgotten dishes of the Ottoman culinary culture.

He now brings his expertise to Dubai's Besh Turkish Kitchen, consulting on the menu and recipes.

“The nature of Ottoman cuisine is opulent and diverse due to the cultural richness of the past empire allowing for many cuisines to combine creating the dishes seen in that age. When I began translating the old recipes, I was amazed by the variety of ingredients and fullness of flavours. There is a myriad of tastes created by the ancient traditions and I am committed to bringing these flavours back to life and introducing other cultures to Turkish cuisine.  It is therefore my pleasure to be involved in bringing these early recipes and traditions to a city as vibrant as Dubai.”