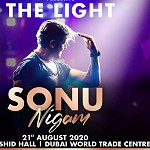 We aim to offer a service that is personalized, professional and able to adapt to the client’s needs and perform above and beyond all expectations.

Blu Blood offers a variety of services from unique bespoke packages, to exciting launches of new products and events.

They have worked with many large companies including Nedbank Golf Challenge, Telkom Corporate, Chats Cellular, Sun International, Peermont and TsogoSun to name a few. At Blu Blood, personalized service is key and paramount to business success.

Blu Blood is known for their professional event management work, which includes events for Bollywood Indian Cinema, as well as music industry promotions throughout South Africa and Africa.

They have hosted the biggest Bollywood music productions in the country Atif Aslam, SonuNigam and Adnan Sami. 2016 saw them hosting a complete takeover of the Sandton Convention Centre from the 2nd to the 4th of December with their Blu Blood Bollywood Experience – a 3-day cultural extravaganza featuring shopping, fashion shows, comedy, music, entertainment and so much more.

Over and above this, Blu Blood has successfully completed the custom-made task of creating and facilitating the coordination of the UNICEF Child Friendly Space at the 2010 World Cup FIFA Fan Fest Sites throughout South Africa.

Continuing their good work to promote the protection of women and children in South Africa, they were the marketing and sponsorship consultants to The Childline Johannesburg Centre.

They are the exclusive management company for RiaadMoosa, Tumi Morake and a recent addition, Ndumiso Lindi.

Blu Blood have also over the past 6 years created one of the most successful comedy events in South Africa, The Kings and Queens of Comedy, which sees the very best of local comedians on one stage.

On the Bollywood side, Blu Blood have successfully toured the cream of the crop of international acts in South Africa including Adnan Sami, SonuNigam, Atif Aslam, RahatFateh Ali Khan, the international debut show of ArijitSingh, Mika Singh, Shreya Goshaland Mystic India (the theatrical dance and music production from New York) and many more.

Blu Blood successfully undertook the big task of bringing out to South Africa for the first time the Dora the Explorer: Dora’s Pirate Adventure live on stage which toured around the country during July 2016. Following to the success of Dora, Blu Blood hosted Smurfs Live on Stage: Smurfs Save Spring in 2017 for the first time in South Africa.

The company’s premise is delivering luxury, lifestyle and the best entertainment productions.

The Blu Blood family comprises of a very select staff and specialised service providers who work in harmony to ensure each and every event is an exceptional success.

Every Blu Blood event is indeed one to be remembered, as Osman and Shaaistamaintain a hands-on approach and always aim to be trend setters with every new project.