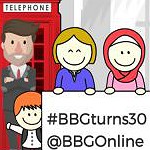 The BBG was set up in 1987 to encourage the development of British business in the UAE.

Since its inception the BBG has grown to be one of the most active and influential business groups in the UAE and Middle East region.

The BBG organises more than 100 events a year for members and non-members providing an opportunity for those interested in UK and UAE business to meet regularly and to exchange information and ideas.

The Group's committee works closely with UK government and industry bodies to promote and develop business relations between Dubai and the Northern Emirates and the United Kingdom; highlighting British business' commitment to the emirates and assisting British trade missions and British enterprises considering business opportunities in Dubai and the Northern Emirates.

Developing British business takes many forms, from communicating with decision makers to sharing best business practice and networking amongst members.

One of the Group's prime objectives is, therefore, communication - be it with the key players such as businessmen and women in the UAE and UK; with policymakers and decision-makers in the UK, both in government and business; with the national leaders of the UAE; and with other British business groups in the Gulf region.

To facilitate such communication, and for members and guests to discuss their views and concerns, the BBG holds breakfasts, luncheon, dinner meetings, networking nights and social events throughout the year.

Guest speakers from the British Government, the commercial world of the UK, and the UAE Government, together with local business personalities, are invited to speak at these functions and take questions.

Close liaison with the Commercial Section of the British Embassy further enhances this environment, along with regular contact with UAE Ministers and prominent local family businessmen.

The BBG is maintaining close liaison with the Chambers of Commerce in Dubai and Sharjah through the Dubai-UK Trade and Economic Committee (DUKTEC) and the Sharjah-UK Trade and Investment Committee (SHUKTIC).

These committees comprise members of both the BBG and the Chambers and explore areas of co-operation and opportunities for furthering business.

BBG Dubai & Northern Emirates members are able to take advantage of MoU's signed with all BBG's in the GCC and India, with the London-based Arab British Chamber of Commerce, and with the Council of British Chambers of Commerce in Europe.

Membership
Applying to join the BBG is easy.

There are three membership type options:

Business
Open to any business established in Dubai and/or the Northern Emirates under a UAE commercial licence (or any other form of recognised business licence such as a free zone licence or legal joint venture) and having a demonstrable interest in the development of UK and UAE business.

Non Resident Business Membership is open to any business that is not established in Dubai or the Northern Emirates but has an interest in the development of UK and UAE business.

Individual
For residents of Dubai or the Northern Emirates who hold a UK or UAE passport and have a demonstrable interest in the development of UK and UAE business.

Membership is for one individual with full member benefits.

Not For Profit
Open to businesses established in Dubai and/or the Northern Emirates that operate under a not-for-profit or charitable permission, licence or otherwise granted by an appropriate authority in the UAE and have interest in the development of UK and UAE links.