Guests must be 21 years or above. 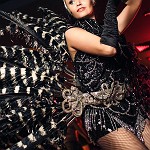 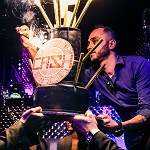 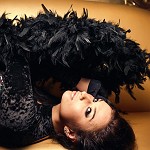 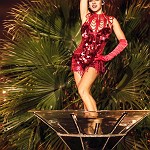 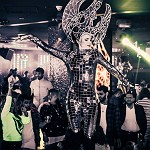 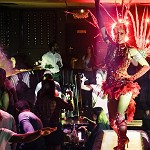 CASH Club Dubai is the premier Arabian Clubbing Destination in the Middle East, a synonym for Khaleeji Nightlife throughout the region and beyond.

Be mesmerised by our beautiful performers and dance through the night to the Khaliji tunes of our infamous Arabic DJ’s. Attend our renown special themed event nights during which we host some of the most famous Arabic stars in the region.

Book one of our luxurious VIP booths and explore the extensive vip table seating possibilities.

Enjoy the services of our VIP Security and Hostesses as well as the access to an extensive selection of exclusive beverages and finger food served by our highly experienced staff. Our spectacular champaign shows, special effects and live performances ensure that your visit to CASH Club will be a night to remember.

Inspired by the historically wealthy AZTEC civilization, the blend of royal Black & Gold leads the overall exclusive atmosphere of the club.

Cash Club is conveniently located at the Mövenpick Hotel, Ibn Batutta Gate near Ibn Batutta Mall and The Gardens Dubai.

The location is easily accessible via Sheikh Zayed Road and offers excellent access to public as well as private transport. Preferred lodging is available directly at the exclusive five Star Mövenpick Hotel.

Johnny Eid (aka DJ SPY)
Johnny Eid (born in Beirut, Lebanon on August 4, 1982) is a Lebanese DJ and record producer of electronic dance music. Although he has used many aliases in the past, he is best known for his work as DJ SPY, an alias which is a twist of his childhood nickname.

After spending many years in Lebanon searching for his personal style and working with many DJs, he decided it was time to focus on his solo work. SPY's name started to rise in UAE in the early 2007 after he set "STALLION" on fire in "HILTON" Hotel, and continued by shooting the moon in "SERAI" in 2008.

In addition to this, he organised more than 400 weddings, birthday events and parties, that he occupied himself the lightings as well as the sound installation token place in the most famous Lebanese hotels: "Guest House Hotel, Grand Hills Hotel, Regency Palace Hotel, Habtoor Hotel, Intercontinental Hotel, Le Royal Hotel" and many more. And he is well known, very famous in whole Africa, after his 3 big events at "Deja vu" night club Liberia and Lebanon Largest Foam Party 3 at Cyan Beach - FNB kaslik attended by thousands of people from many countries.

Plus, he owned his own music shop, DJ SPY music shop-Beirut, Lebanon from 2009 till 2012 and then he came back again and hit the floor of Cash Club in the present.