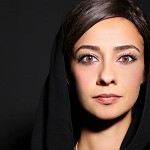 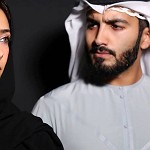 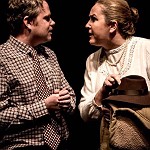 Our debut production was the hugely successful Brian Friel's Dancing at Lughnasa which premiered in January, 2014 at DUCTAC Theatre, to sold out audiences and rave theatre reviews.

Our June, 2014 follow-up production was Big Maggie by John B. Keane which again played to sold out audiences.

Danú is the only Dubai theatre group to have performed in every major Dubai Theatre: The Madinat Theatre, DUCTAC Centrepoint, DUCTAC Kilachand, The Courtyard Theatre and The Junction.

Danú has also toured the UAE with several productions.

Danú was selected to be an official part of The Irish Government's 1916 Programme of Commemoration.

They have had the honour of performing for HH Sheikh Nahyan bin Mubarak Al Nahyan (UAE Minister for Culture).

Padraig Downey is Artistic Director and Producer and has funded all productions himself.

Danú is supported by The Irish Embassy to the UAE and Dubai Irish Society.

They have had the honour of staging some of the biggest selling and most successful productions for a Dubai based theatre company.

Their most successful play to date has been a Palestinian play: I Am Yusuf by Amir Nizar Zuabi.