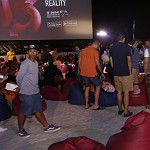 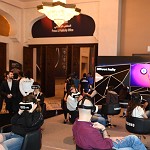 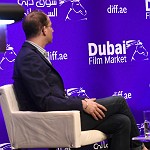 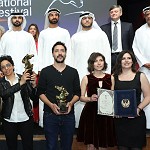 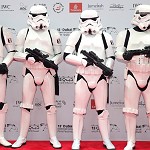 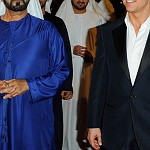 The 14th edition of the Dubai International Film Festival (DIFF), held under the patronage of His Highness Sheikh Mohammed bin Rashid Al Maktoum, UAE Vice President & Prime Minister and Ruler of Dubai will take place from the 6th December - 13th December 2017 at Madinat Jumeirah, the home of DIFF.

The festival will roll out the red carpet to showcase over 120 exciting, original and compelling films from the Arab world and beyond, introducing audiences to fresh new talent and original and distinctive filmmaking.

Since its inception in 2004, DIFF has gone from strength to strength, helping to develop a thriving film culture within the region, provide greater opportunities for Arab filmmakers.4

DIIF also offers an invaluable cultural benefit to the people of Dubai and its principal mandate of celebrating excellence in cinema and using it as a medium to promote open dialogue between cultures and nations.

The films, crafted in over 40 languages, will populate DIFF’s Arab and Emirati competitions, and its out-of-competition segments dedicated to children, the Arab world, virtual reality and cinema from around the globe.

With Q&As and special appearances from a stellar lineup of talent and the spotlight firmly on Oscar hopefuls as well as Arab talent, the stage is for another eight-day celebration of the very best in cinema.

DIFF festival goers will be able to see films screened across the city at the Madinat Jumeirah Arena, Madinat Theatre, Souk Madinat Jumeirah and VOX Cinemas, Mall of the Emirates and the popular and free-to-attend Beach Screenings – opposite JBR.

DIFF’s highly contested Muhr competition for feature fiction and non-fiction; and short films originating from the United Arab Emirates and the Arab world will showcase over 60 of the latest and best films from established and promising new talent.

The competition, which has been an integral part of the festival since 2006, will continue to nurture and reward exceptional Arab talent and cinema from the region.

DIFF is officially recognized by the Academy of Motion Picture Arts and Sciences (AMPAS) and the winning short of the Muhr Short Competition will qualify for Oscar® nominations.

Running concurrently with the DIFF, the Dubai Film Market (DFM) is a vital part of the festival and now considered the leading industry platform in the region and a gateway to the one of the fastest growing film and TV markets in the world.

It has supported more than 300 projects to date, many of which have gone on to enjoy critical acclaim and find new audiences at the world’s most prestigious events including the Oscars, Golden Globes and BAFTAs.

More than 4,000 media and industry delegates from 62 countries are expected to attend the industry events programme this year to do business, attend work-in-progress screenings, masterclasses, and seminars, meet new projects, network and acquire content.

Since its inception in 2004, DIFF has established itself as a major international festival, while continuing to serve as a premier showcase event for Arab cinema, and contributing to the development and growth of the regional industry.