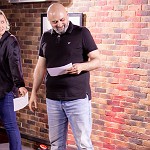 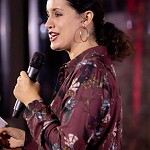 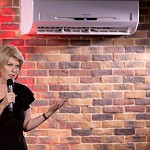 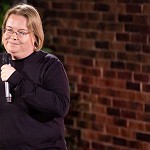 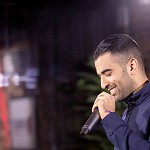 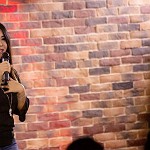 Dubomedy are the pioneers of the local comedy community in the UAE and do “all things comedy” including stand-up, sketch comedy, improv, script and content writing, variety arts, event and festival production.

As award-winning producers of festivals and international events, Dubomedy were recently involved in the Dubai Comedy Festival.

As curators to the event, which saw a perfect line-up of global talent including Dave Chappelle and Trevor Noah, combined with the optimum amount of local comics, with the likes of Badr Salah, Fahad Al Butteri & Ibraheem Alkhairallah – all taking to the stage, in one place, over 10 days of seriously side-splitting performances.

Producing international shows such as Dubai Comedy Cargo and Straight Outta Dubai in Toronto to Empire State of Comedy in New York; not to mention the 7 HER-storical seasons of Funny Girls – the first all-female stand-up troupe in the MENA Region.

They also organize a tour of refugee camps in Jordan consisting of comedy arts workshops and performances three to four times per year with their long-standing Clowns Who Care initiative.

MISSION: Our mission is to use comedy as a tool to bring people of diverse cultures, religions and financial means together.

To produce high quality events featuring international artists as well as annual festivals that are relevant to the MENA Region, celebrate laughter and break stereotypes.

To create a sustainable local comedy community by providing professional comedy and urban arts training as well as platforms for local artists. To pave the way, coach, empower, inspire and begin to export comedy talent from the Middle East to the West.

DUBOMEDY ARTS SCHOOL: Our classes were rated "Best classes to take in Dubai" by Timeout Dubai. We have 3 full 7 week terms each year as well as intensives between terms and on-going private coaching.

Coaching is always available throughout the year for amateurs and professionals. From stand-up comedians to actors to script editing to business professionals.

From one on one to small groups. Arabic. English. Hindi/Urdu. We offer courses in stand-up, improvisation, sketch comedy, dance, writing and performance, acting for film, learn to speak Emirati.

CLOWNS WHO CARE PROJECT: CWC is a volunteer initiative with the mission of bringing joy, awareness & support to those in need. We visit centers for children with special needs, offer free workshops, outreach and arts camp for orphans in Uganda as well as provide entertainment & technical support for charity events.

For more information about classes, upcoming events or to book entertainment, contact us 800 COMEDY l www.dubomedy.com