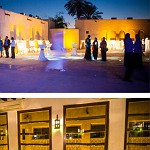 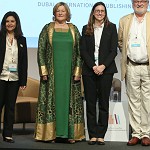 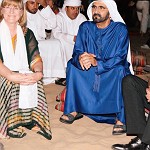 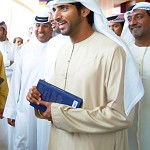 Established in 2013 by Royal Decree issued by His Highness Sheikh Mohammed Bin Rashid Al Maktoum, Vice-President and Prime Minister of the United Arab Emirates and Ruler of Dubai, the Foundation aims to foster a life-long love for all literature.

The Emirates Literature Foundation, home of the Emirates Airline Festival of Literature, is a not-for-profit organisation that supports and nurtures a love of literature in the UAE and across the region through a programme of varied cultural initiatives.

Recognising the distinctive contribution that literature makes to children’s lives, the Foundation focuses on introducing and cultivating a spirit of reading while acting as a catalyst for writing and cultural exchange.

The Foundation governs the Emirates Airline Festival of Literature, the UAE’s premier literary festival, which will be held from 1-10 March, 2018, and as part of its initiatives, has implemented a School Librarian of the Year Award, an annual Arabic Language Week, an International Translation Conference and Publishing Conference, as well as year-round School Education Programmes, Book Clubs and Creative Writing Courses.

Inspired by the Emirates Airline Festival of Literature, the Foundation aims to break down barriers and encourage a culture of reading in the UAE.

In 2014, the Foundation moved to its new home in the Al Shindagha Historical Neighbourhood. At the Opening Night, Booker Prize-winning poet and author Ben Okri and Arabic science-fiction author Noura Al Noman addressed the 500-strong crowd of international authors, local dignitaries and supporters.