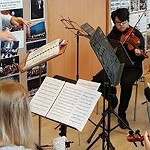 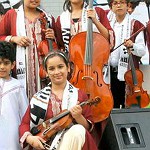 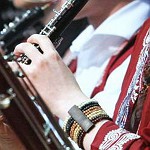 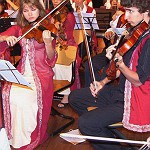 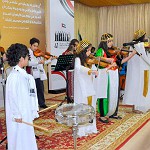 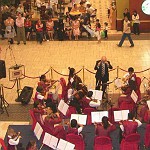 The Emirates Youth Symphony Orchestra was founded in 1994 by conductor, violinist Riad Kudsi. It was the first of its kind in the UAE and started with twelve students. Membership increased to nearly fifty by 1998, represented by more than thirty nationalities living in the UAE.

The EYSO began to play a major role in the development of music culture in Dubai through the numerous concerts performed. Since 2000, the EYSO has been invited to international youth music festivals and other events, proudly representing the UAE classical music scene.

Prague Affiliation
The EYSO works in close association with the Youth Symphony Orchestra of Premiere Music College Prague which provides patronage and accreditation for the orchestra and its school, the National Conservatory Dubai.

The Premiere Music College of Prague was established in 1992 and teaches all the string and wind instruments found in the classical symphony orchestra. The school has been running with the support of the Prague Municipality.

The idea of a four year grammar school curriculum was implemented with co-operation between the Jan Neruda Grammar School and Prague’s Municipal Music School.

Repetoire
Throughout the years, the EYSO repertoire has developed from simple string orchestral pieces to also include full complex symphonic repertoire which the young orchestral musicians have performed.

On many special occasions the EYSO has enjoyed joint performances alongside other orchestras visiting the UAE or during tours in Europe and the Middle East.

The repertoire continues to grow helping members of the orchestra to become skilled and disciplined in different aspects of music making, while increasing their knowledge and experience of live performance.

Guest Artists
Many renowned musicians, orchestras and academics have visited, performed and given masterclasses with the EYSO.

This has helped our members to receive first-class teaching and first-hand experience in building a strong musical foundation.

The EYSO is keen on introducing members of the orchestra to distinguished musicians hoping to establish role models for the young generation to excel in their work.

Message from Conductor & Founder
It is such a great feeling when a person contributes to building a cultural and educational model in a country like the United Arab Emirates.

Indeed the UAE has spared no efforts in reaching the highest levels of achievements in education, culture and science and calls for love, peace and equality for all nations.

This Emirates Youth Symphony Orchestra exemplifies this direction by encompassing members from seventeen different nations living in the Emirates.

It is equally a rewarding feeling when such efforts and contributions are directed towards the future generations, whose talent can blossom and bring great joy.

Riad Kudsi - Conductor & Founder
A Czech national of Syrian origin, Riad Kudsi began learning violin from his father at the age of seven. He joined the National Conservatory of Aleppo, Syria to become one of its most promising violinists.

Mr. Kudsi studied at the National Conservatory in Prague from 1970 to 1974 and continued his studies at the Higher Academy of Music where he received a Masters degree with distinction.

Since graduation, Mr. Kudsi performed numerous violin recitals as a soloist in many international orchestras in a number of European and Arabian capitals.