JB's accommodates both smokers and non-smokers. 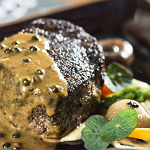 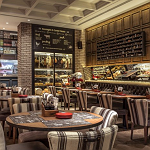 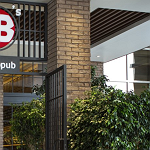 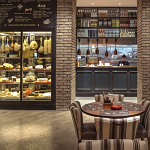 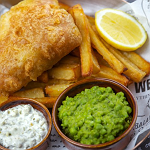 Amwaj Rotana has introduced a brand new dining venue, a gastropub, which is the first of its kind along The Walk and aptly named JB's after Jumeirah Beach.

The fourth of the hotel's signature restaurants, JB's offers an eclectic menu of predominantly British and American cuisine including smoked meats, barbecues and roasts.

On the liquid side of things, guests will find a list of beverages off the vines, taps and bottles including craft hops beverages.The menu was designed on the premise of creating a lively, convivial spirit and so features a host of sharing platters and a unique concept of sausages by the metre to promote communal dining.

Diners can also make up their own platters of artisanal cheeses and cured meats - both of which are prominently displayed in large showcases at the restaurant's dining area.

The structural design of JB's shows an uncovered warehouse while its design elements signify the life of a traveller.

Bric-a-brac such as vintage luggage, antiques and olden-day light fixtures are dotted around the new outlet, which seats over 200 guests in an area that comprises an outdoor terrace, bar, dining area and a high-table, laid-back space that welcomes diners and drinkers alike.

While a resident DJ is set to spin contemporary music throughout the week and turn back the clocks by a decade every hour on Friday nights, sports fans can catch major sporting events screened live.