Smoking is allowed on the terrace at Katsuya 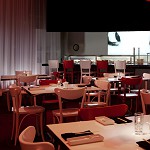 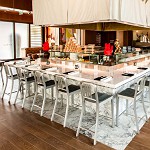 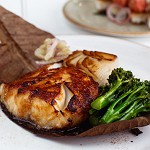 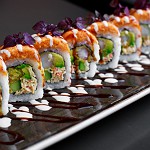 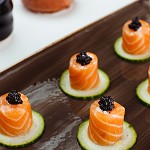 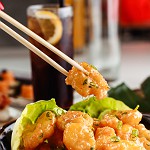 Featuring the dynamic pairing of Master Sushi Chef Katsuya Uechi and design impresario Philippe Starck, Katsuya by Starck is truly a feast for the senses.

His accolades, combined with the sleek setting and fabulous service, have made Katsuya a celebrity favourite and one of OpenTable’s 50 Hottest Restaurants in the U.S.

Katsuya is widely considered a piece of pop culture in North America and sbe has announced the highly anticipated international expansion of three Katsuya by S+ARCK locations.

Known for his distinctive style and first-rate execution of high quality traditional sushi, Uechi is recognised as one of the major style setters in the world of Japanese cuisine and was recently named Chef of the Year by Angeleno magazine.

Selected by Travel + Leisure as one of the Best New Restaurants of 2007, Chef Uechi’s Brentwood location has been deemed “one of the most exciting restaurants to open in Los Angeles in years” by Food & Wine magazine and is a favourite among Hollywood Elite.

In addition to his partnership with sbe, Chef Uechi owns and operates three sushi bars, including Sushi Katsu-Ya in Studio City and Encino and Izakaya in Los Angeles, which are often ranked top favourites among Angelenos.