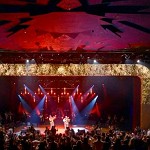 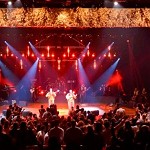 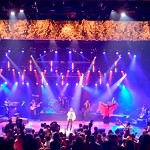 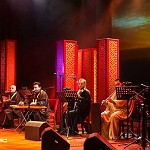 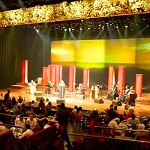 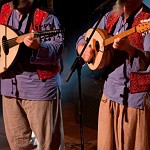 Described by international media as “the place where the heart of world fusion music beats”, the MusicHall is not just a theatre venue and much more than a club.

MusicHall launches its club-theatre in Dubai at the amazing Jumeirah Zabeel Saray, on the iconic Palm Jumeirah Island.

Created in Beirut in 2003 by Elefteriades Productions, the mythical MusicHall has brought its unique and original concept to Dubai, offering to cosmopolitan guests its distinctive short, back-to-back live international musical acts that have made its entertainment program the busiest and most successful in the region.

Each Thursday, Friday, and Holiday night, at least ten successive multicultural live stage performances of ten minutes each cover a wide variety of music styles ranging from Middle-Eastern to Russian, from Rock to Gipsy fusion via French and American Pop, let alone Salsa, Indian and Persian.

On other week days, this multifunctional venue can be hired to host corporate, private and fundraising events and weddings, as well as concerts and all performing arts happenings that can respectively benefit from the exceptional capacity and modularity of the venue, which offers both nightclub style and theatre style seating in addition to boasting the biggest stage in the region.