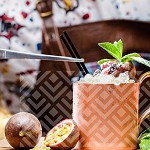 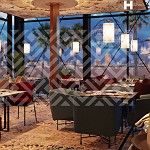 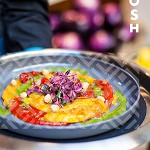 OSH Dubai is the second venue to open under The Bolt Group Company.

The flagship OSH restaurant is in Beauchamp Place, London, UK.

OSH is a restaurant and bar venue that offers delicacies from the Uzbek grill and signature dishes giving authentic Central Asian food and modern twist.

Drawing inspiration from east and west the menu is a thrilling addition to the London and Dubai thriving food scene.

Osh showcases the inter-cultural culinary art and splendor of one of the most legendary bazaar cities along the ancient Silk Route.

ABOUT BOLT GROUP
The Bolt Group Company was created by Russian developer Anton Viner in 2016 to merge his many restaurant concepts.

Today, it has become one of the most rapidly developing restaurant companies in Russia. Bolt Group is successfully managing the expansion of the anchor brand GRAND Uryuk as well as creating new projects in a variety of formats both within Russia and abroad.

Bolt Group is a team of extraordinary and ambitious professionals carefully selected to work in the company under the motto “All the best people must work here”.

This principle is key and is strictly followed in the recruitment process since the opening day of the company.

That is exactly why the rule “not to follow the current but to lead ahead instead” has been adopted as a daily mantra within the Bolt Group.

The projects of the company are known for their size, grandeur and brightness. In addition, their aesthetic appeal, each project is developed within precise standards and specifications.