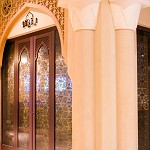 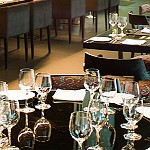 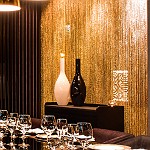 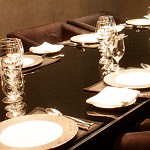 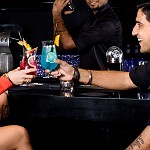 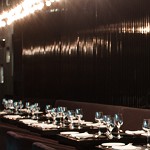 Located in the prestigious Souq-Al-Bahar, a stone's throw from the Dubai Fountain and the Dubai Mall, and named after the princely state in Punjab - Patiala by Kunal Kapur offers a relaxed yet sophisticated ambience, stylish interiors and outstanding food that appeals to Dubai's most discerning diners.

With a display kitchen that lets guests see how century old recipes are conjured up, and an immaculate lounge bar to enjoy classic and modern cocktails, the atmosphere at Patiala by Kunal Kapur has an energetic vibe of excitement, paired with hearty Indian hospitality.

Just as the people of Punjab are known for their larger-than-life personalities and happy persona, the restaurant reflects a 'joie de vivre' that redefines fine dining in a true sense.

The best of old and new northern frontier cuisine, personally created by Chef Kunal Kapur
Patiala by Kunal Kapur is Chef Kunal's effort to take your taste buds on a journey around India, with hints of innovative Indian food added along the way.  Diners will definitely be excited with the new menu on offer which has two clear parts to it -  the classic, and the innovative.

Chef Kunal's signature dishes include the Dorra Kebab, Dum ke Khumb and Garbar Falooda, which bring out the old-world charm of classic Indian food. His innovative Indian cuisine is inspired by his travels around the world and brings forth the young, vibrant, and experimental innovative India.

A must try is the Grilled Chilean Seabass, Khumb Ka Khitchra, and the Mango Lassi Ice Cream. One of the best ways to sample the best of Patiala by Kunal Kapur, is to try the tasting menu that offers small bites of signatures dishes from each course of the menu. Pair these signature dishes with a good wine or an exciting mocktail to enhance the taste of the experience.

Chef Kunal also endeavours to use as much seasonal produce as possible, ensuring that guests can always enjoy cuisine that is fresh, and exciting.

Recognised amongst the Best Chefs in India by national magazine India Today and famously called "the next big guy in kebabs and curries in India” by Indian culinary maestro Jiggs Kalra, Chef Kunal Kapur aims at reviving the charm of age-old recipes and infusing them with latest ingredients and trends followed in international cuisine.

Having shared the stage at Masterchef America with Chef Gordon Ramsey, Kunal has played host in television shows such as Masterchef India and Junior Masterchef India. His most recent shows are My Yellow Table on NDTV Good Times and Pickle Nation – a travel and food show on Living Foods Channel. Chef Kunal has also filmed two seasons of the Travel & Food show in the America called ‘The Foodie comes to America’, and his recently published book is "A Chef in Every Home".

Chef Kunal is highly recognised by the Ministry of India and was recently given an opportunity to present 'Satvik Cuisine' to Prime Minister Narendra Modi and German Chancellor Ms. Merkel, in Bangalore. He also cooked for 42 first ladies at the India-Africa Summit.

Chef Kunal is a winner of several culinary & television awards. He has been honored with the Dr. S. Radhakrishnan National Media network award, and the Indian Television Academy awarded him for the Best Jury/ Anchor on television for Junior Masterchef India.

Chef Kunal is also the proud recipient of the prestigious Sir Edmund Hillary Fellowship 2012 from the Government of New Zealand in the field of Food & Beverage.

He is in the top category of "Star Chefs” from around the world, representing Indian cuisine on board Lufthansa Airlines with his specialty menus for First Class and Business Class. Kunal is also a Chef Consultant to The Leela Group.

Chef Kunal Kapur was born and brought up in New Delhi and he pursued his education in Hotel Management from the Institute of Hotel Management.  Besides this, Chef Kunal is passionate about– automobiles, photography, travel, and history.

He can be reached at : [email protected]