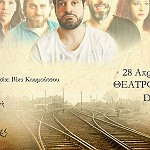 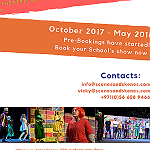 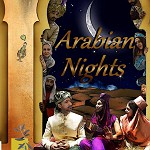 The group Scenes & Skenes is a theatre group, created in 2015 in Dubai, United Arab Emirates.

The founder, Vicky Koumoutsou, is a professional actress and theatrologist, involved in a multitude of tv shows, theatrical performances and motion pictures in Greece.

Her vision is the artistic expression, the contact and promotion of the Hellenic theatrical culture, in a region, poor in theatrical background, but with a great thirst for any form of artistic activities.

The group is comprised of 25 amateur actors who work abiding by professional criteria, dedicating their personal time, with no financial gain.

Their objective is psychological relief and expression as well as the creation of an artistically sound result, for the theatrical community of the UAE.

Fellow travellers, in this journey are the external partners of the group (producer, chorepgraphers, costume designer, stage designer, graphic designer, photographer) whose precious help has been a catalyst in the achievement of the aforementioned goals.

This year Scenes & Skenes makes its second theatrical venture, applying passion, craze, strong emotions and soul and having only one dream, to receive, in the end, the warmest applause!