Those dining on the terrace will be entertained by the singers performing in the middle of the Century Village.

Smoking is allowed for those dining outside. 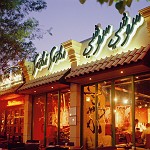 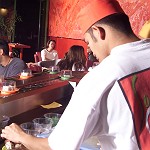 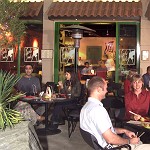 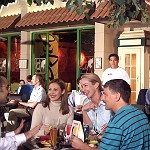 Sushi Sushi was the first restaurant in the Gulf to have a conveyor belt where the chefs display their sushi on plates for guest to pick up as they glide by.

The restaurant enjoys a great reputation fro the quality of its food, atmosphere friendliness of the staff and their service, which was rewarded when Sushi Sushi was voted winner and twice finalist as Dubai’s favourite Japanese restaurant in the What’s On Awards for three consecutive years.