The Irish Village has resident musicians that play each evening during the week.
- It is also a venue for large concerts throughout the year,

Smoking is allowed both inside and outside of The Irish Village. There are no smoking sections.

The Irish Village is a popular place to watch major international sporting matches.

The Irish Village has one of the largest outdoor dining areas of any bar in Dubai alongside a grass area next to a lake. 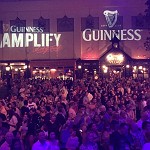 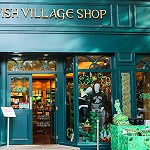 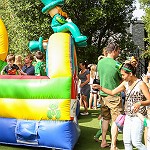 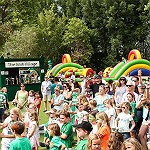 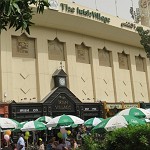 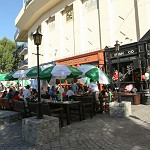 Historically Irish pubs are renowned throughout the world for their vibrant and friendly atmosphere, full of character and characters and above all, a place where you immediately feel at home.

The Irish Village in Dubai is no exception.

The traditional wooden pub is steeped in its own character and has its own story to tell.

Whether you decide to sit inside the traditional wooden pub or out on the terrace overlooking gardens and lake, let the traditional Irish music entertain you while sampling authentic meals served with a warm and friendly Irish smile – what better way of experiencing Ireland in Dubai!

How it all started?
In 1994 Dubai Tennis Championships were taking place at The Aviation Club for the second consecutive year in a temporarily-built stadium. At that time, spectators would not exceed the few hundreds.

At the end of the final match after handing out the prize to the winner, H.H. Sheikh Mohammed bin Rashid Al Maktoum announced that the following year Dubai Tennis Championships would be played in a real stadium with a capacity of 5,000 people..

So in 1995 the current tennis stadium was ready to host the 3rd Dubai Tennis Championships.

Acknowledging the great spaces created beneath the stadium terraces, Mr. Colm McLoughlin, Executive Vice Chairman at Dubai Duty Free, with the support of H.H. Sheikh Ahmed Bin Saeed Al Maktoum, came up with the idea of building a permanent outlet that would cater to visitors on the different events held at the stadium.

The idea of The Irish Village was born.

The Village was designed using Irish craftsmanship and materials which were shipped to Dubai and reassembled on site, creating an authentic experience in the heart of the city.

Even the paving stones came all the way from Liscannor in County Clare, on the west coast of Ireland. All props and décor items around The Village, from the telephone box down to the shop windows bric-a-brac, are genuine Irish pieces.

In the fall of 1996, The Irish Village opened its doors with a full complement of Irish staff; a tradition that has been kept to the current days!

With the ongoing success and the increasing demand, The Village terrace has been expanded over the years to satisfy Dubai patrons and can now accommodate up to 3,500 people during special events and concerts.

Over the years, The Irish Village has celebrated its birthday with big parties and concerts featuring popular Irish bands.

To commemorate the 10th anniversary in 2007, a life-size bronze sculpture of three traditional Irish musicians, depicting the rural charm of the Emerald Isle has been installed in the centre of The Village terrace.

The sculpture, entitled “The Session” was commissioned In Ireland and created by Irish artist Austin McQuinn. It was then shipped to Dubai and unveiled in the presence of An Taoiseach Bertie Ahern, Ireland prime minister, to grace The Irish Village terrace.

This year The Irish Village will be celebrating its 22nd anniversary, one of the few who can say that in Dubai!