Children aged 0 - 2 years enter for free.
Children aged 3 - 11 years qualify for a discounted children's rate.
All children under 12 years old must be accompanied by a paying adult (18 years and above).

One adult can accompany up to three children, per interaction.

Complimentary Valet Parking: The Avenues (based on availability) 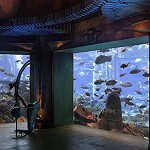 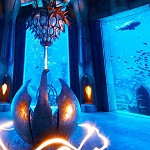 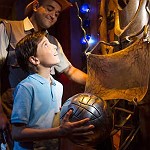 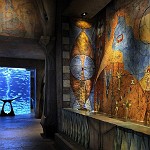 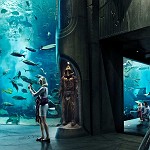 Lost for thousands of years deep beneath the sea, the ancient ruins of the lost city of Atlantis have finally been uncovered.

Experience the myth of Atlantis through:

For the thrill seekers Aquarium experiences include:

The Myth of Atlantis
Unearth the history behind history's greatest mystery. What was Atlantis? Who lived there? And what became of their once grand empire?

Atlantean Archaeology
The ancient Atlanteans were known for their advanced technology and incredible architecture.

Learn about their society, how they lived and the artefacts they once used on this incredible adventure.

The Seven Sages
The Sages are the geniuses of the Atlantean civilization.

In this chamber, lie the remains of an organic computer over the regal central chair of King Atlas.

He discussed matters of the state with his Seven Sages surrounding him together with the computer above and the power of the crystals below, he reigned over the Atlantean kingdom.

Navigation Room
The Sages would make their way to the Navigation Room to plan and plot their travels for research, setting coordinates for the teleporter as well as more traditional means of travel by air and sea.

The Red Sage Chamber
The Astronomical Chair and Telescopic Mask were used by the Sages to study the stars.

The tiled mural, which is known as The Calendar, depicts night, day, rain, high and low tides and springtime for predicting a successful harvest season.

Programme Details
Tours are 40-45 minutes long and are held at the following times:

Timings:
Daily 10am to 10pm
Opening hours subject to change depending on time of year