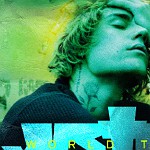 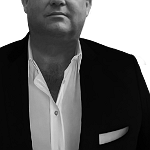 A major player in the development of the live entertainment industry in the Middle East during the past 19 years, Thomas Ovesen brings a wealth of experience to T.O.P. Entertainment.

In January 2018 Thomas joined AEG Ogden Dubai Arena as Chief Programming Officer (and as of December 2018 Chief Operating Officer) where his focus was on planning and securing a wide array of global talent to fill the venue’s event schedule ahead of the opening in 2019.

For now the 17,000-seat Dubai Coca-Cola Arena is the only all-purpose indoor, air-conditioned arena of its size in the entire region and one with  an advanced infrastructure allowing it to accommodate mega-events.

Prior to joining the Dubai Coca-Cola Arena team Thomas set up the events promotion and venue operating outfit 117Live, and he and his team built and launched the 35,000 capacity open air Autism Rocks Arena (now 117Live Arena).

He was also responsible for lining up an impressive events calendar for 2016-17 with events such as Nicki Minaj, Gabriel Iglesias, Bryan Adams, Justin Bieber, Jennifer Lopez, Elton John, Guns ’N Roses as well as the, in record time, sold out capacity Ed Sheeran concert in Nov 2017.

During his career, Thomas has won more awards than any other promoter in the region – from Best Comedy Show through to Best Concert Awards numerous times as well as awards for most of his festival properties.

He also landed the biggest ever regional concert gong with a One Direction concert at the Dubai 7’s Stadium, which saw as record breaking 32,500 fans screaming and cheering the night away.

As CEO of the company Thomas wasted no time in establishing it as the leading promotions company in the region.  AEG Live Middle East shows included Bon Jovi in Abu Dhabi and Dubai concerts with Kylie Minogue, Rod Stewart, the reunited Spandau Ballet and many more.

In 2010 Thomas became COO of Done Events and during that time, having build a full live events team complimenting the existing corporate events division, delivered events such as Justin Bieber, J-LO, Alicia Keys, Usher, Katy Perry, Amy Winehouse, N.E.R.D., The Eagles, Prince, Tom Jones, One Direction and Lionel Richie among many others.

Whilst heading up Done Events Thomas launched new event IP’s and festivals including the still running RedFestDXB and Blended events where artists like Iggy Azela, The Script, Rita Ora, Bastille, The Lumineers, Steve Aoki, Fifth Harmony  and Jessie J all played under the RedFestDXB banner and the likes of Diana Krall, Elvis Costello, Kool & The Gang, Robin Thicke, Craig David and Kasabian were part of the earliest editions of Blended.

Thomas also developed the comedy market segment and promoted sell out shows with Michael McIntyre, John Bishop, Kevin Bridges and Al Murray at a time where comedy in the region was based on smaller stand-up comedy shows, playing mainly in smaller capacity venues.

Thomas also briefly agreed to represent Mathew Knowles’ talents in the Africa and Middle East area and in particular during that period worked with Beyonce on her first ever Africa show in Nigeria in 2006 and eventually her first and only ever Ethiopia concert in Addis Ababa in 2007.

Throughout the years Thomas has serviced regional and international events and companies with talent bookings and event production services including shows in the Middle East, US, UK, Europe, Africa and Australia and with talents as diverse as Prince, Lionel Richie, Enrique Iglesias, Jennifer Hudson,  Nicole Scherzinger, Ricky Martin, Shakira, John Legend and Rihanna.

March 2019 saw the Global Teacher Prize event add the “Assembly” to its annual weekend of panel and presentations, awards etc – a new large scale concert where Thomas booked Liam Payne and Rita Ora for an evening also including performances by Little Mix and Hugh Jackman.

Since April 2019 Thomas has been with the Diriyah Gate project in Riyadh whilst his T.O.P. Entertainment outfit during the recent summer oversaw delivery of prior booked UAE and Egypt shows with 1975, Westlife and Jennifer Lopez.

T.O.P. Entertainment is serving Event and Concert Promotions, Talent and Event Programming with particular focus on Saudi Arabia, the GCC countries and Levant markets like Lebanon, Jordan and Egypt.